The goal of this article is to make the next administration as well as all civil servants understand one of the most fundamental marketing concept – Needs and Wants, and how voters’ choice in the National Capital Region (NCR) was shaped by opposition and how doing a good job felt by the ordinary people can influence the outcome of the next elections. In this case, I will make an attempt to understand why administration-backed candidate Sec. Mar Roxas got only 16% of votes in NCR and why an outsider, Davao Mayor Rody Duterte got 43% in the May 9, 2016 presidential elections. Despite his numerous achievements, Sec. Roxas was also the leading presidential candidate whom 30% of Metro Manila residents was least likely to vote.

Needs are basic minimum requirement in a purchase decision. Since those are basic and abundantly available elsewhere, these are non-motivating in a transaction. Wants are differentiating and motivating. When an average consumer visits a bank, having an air-conditioning is a need, personal investment advice and good relationships are wants. When an employee in a tight budget takes lunch, low price is a need, taste is a want.

There is one common violation of needs and wants – it is useless to promote a want if basic needs are not satisfied. In Marketing, you will just upset customers if you have no stocks available for sales promotions. It’s also useless to highlight a brand differentiation (a want) if it is not relevant to the key market segment in the first place.

Brand relevance is based on how opportunities available have been exploited, as well as how pain points have been solved, one without the other will unlikely create as much impact.

Metro Manila is only 0.2% of the Philippines’ land area, yet, accounts for as much as 18% of total workforce, 36% of economic output and 28% of all motor vehicles. There is an over concentration of activities in the NCR.

The Metro Rail Transit is the fastest mode of transportation in Metro Manila used by some 1-1.2 million people daily especially on weekdays. Have an in-depth conversation with commuters on what they dislike about the MRT during peak time and you get any or all of the following complaints: long lines, long waiting time, no gate frame against gap, packed like sardines, hot inside train, feeling unsafe, breakdown of trains occasionally. Ask about wish list and you get commonalities that commuters simply want delivery of basic transport service as per expectation. They don’t have to wake up too early, they won’t be late in office, they won’t get a memo, their salary won’t be deducted for tardiness or worst, they won’t get suspended. They wish they can have more time with their family, they wish they have more time for themselves, they wish they will have less unproductive time waiting. Nothing unreasonable if you spent an average of five hours daily on the road, that’s 1,300 hours a year equivalent to removing more than one day each week in their lives! 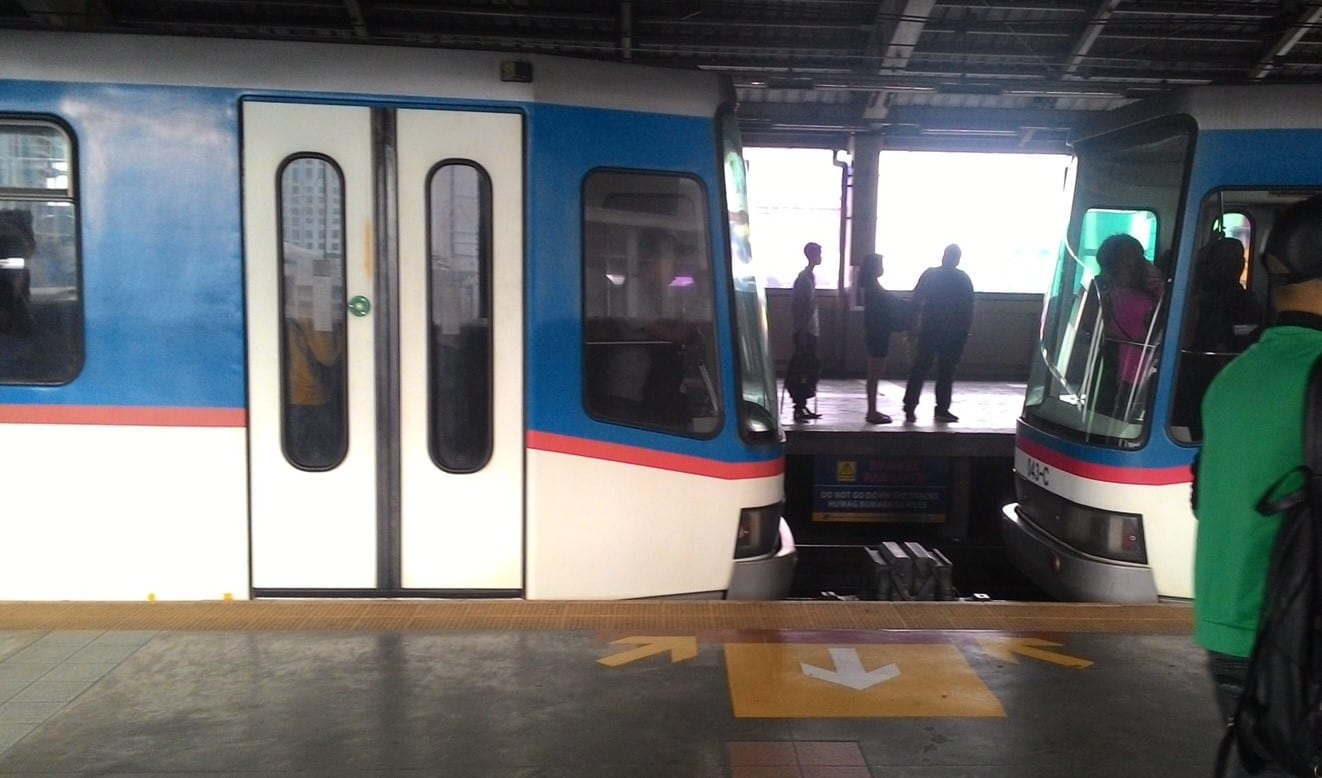 The MRT was motivating when it was new, then shifted to a mere satisfier when people got used to riding It. If negative exceptions occurred like train breakdowns, a satisfier gets elevated as an irritant or a dissatisfied commuter. If commuters experience an irritant very often, the irritant becomes annoyances.

Service is about experience, experience, on the other hand, is about memories, wherein consumers remember exceptional positive incidents as well as exceptional negative experiences. For instance, a long line in MRT may ultimately result to an employee being suspended for habitual tardiness, solvable only with greater sacrifice of waking up early. Eventually commuters get fed up in hot and humid weather and become angry and voted with their feet. Promising more train coaches to come is not good enough as they expect demand for trains to be anticipated and orders as well as testing of trains done way ahead of elections period. Nothing unreasonable. Management would have expected attention to details from its people too!

When consumers buy a product or use a service, they do so to get a job done. In the case of MRT, it is to reach destination faster, cheaper and in a reliable and convenient way, not to have long lines or train breakage that run counter to the benefit of taking MRT ride.

A private company has been handling the MRT for a long time and the Aquino government is in the process to own the entire train system to offer better service to commuters but the effort was affected by legal obstacles from the private company so orders for more trains could not be delivered as early as in 2014. Sec. Mar Roxas has in fact worked hard to correct mistakes of the past administration as well as the shortcoming of the private company that owned the MRT system, however, most of the commuters are not aware of this and even if they did, they don’t want to be caught in between legal obstacles, meantime, they can see dilapidated rails, some elevators and escalators not functioning, outdated track circuit and signaling system, failing and inadequate train cars, as well as the need for more coaches per train to have faster interval.

In Hong Kong, 90% of their people takes the MRT. Even rich people and tourists take their MRT. It has 48% market shares of mass transport vs. only 6% in NCR. In a small place like Hong Kong, it takes in up to 500% more commuters daily than Metro Manila. Benchmarking the two, the MRT in NCR is a good case study of good intent gone wrong. No thanks to the company running it who failed to promptly order more coaches to meet increasing demand as well as have effective maintenance.

Hopefully even the rich will abandon their cars one day and just take MRT to avoid the traffic situation in Metro Manila, that is if the MRT will prove to be reliable, cheap and fast in all aspects (including shorter waiting time), being stylish can come after. Less automobiles on the road also means more environmental-friendly too.

There is another truth, this time about the five stages of managing change (i.e. denial, anger, bargaining, explore, buy-in). A candidate simply cannot share about his/her vision for the future when people are angry. They won’t be receptive to the message.  They won’t care about highest growth rate of 6.9% in the first quarter that is even higher than China, or the additional 4 million jobs created during President Aquino’s term (also resulted to highest car sales too but traffic became a consequence). The best time when people are more receptive is when people are done with the anger stage and are exploring for solutions. This is when a critical mass of MRT coaches have arrived, have been tested and can be used several months before the elections. Timing is critical and it could have changed election results had there been no legal obstacle.

So how come some candidates of Liberal Party survived while others did not? It’s easy to discern who to vote for by simply asking what candidates have done for their constituents. A presidential candidate, backed by outgoing administration, unlike multiple candidates for senate, is a symbolism of the satisfaction or dissatisfaction of the people. In this case, it was far harder since the administration bet had a 13-month stint in the department handling the MRT.

Being naturally amiable in personality can help a lot as a twin element of being a public servant with successful track record; taking public transport and knowing the pulse of the masses also resonates with the masses, a distinction between Congresswoman Leni Robredo who got elected as vice president with over 14.4 million votes despite her being a neophyte in national politics vs that of Sec. Mar Roxas who got close to 10 million votes, representing  23.4% of total voters nationwide.

What strategies can be done so that the average commuters can spend less time on the road and more productive time working and doing what they want to do? Many people have already suggested solutions. Aside from repairs and rehabilitation defined above that need to be done, capacity expansion is indispensable, a total of 144 coaches budgeted for 2016 have started to arrive. Low hanging fruits will tell us aside from adding more coaches per train, the need to extend and increase the rail roads are must.

But to the 90% taking alternative transport at the moment and suffering from traffic, initiating activities out of National Capital Region is an option (a Malaysia model) while phasing out old vehicles is another. The Department of Environment and Natural Resources (DENR) already proposed phasing out of cars 15-year old or older not just to ease congestion but reduce air pollution, where NCR is either in the borderline or exceeding the 90 micrograms of total suspended particulates (tsp) per normal cubic meter. President-elect Rody Duterte also gave this phase-out solution to ease traffic during the third presidential debate.

Another option is to learn from JC Decaux, the largest outdoor advertising company in the world, which funded and operates the highly successful Velib bike sharing system in Europe in exchange for local government granting 10 years concession of outdoor advertising space. Velib now has 1 bike per 97 inhabitants, the highest market penetration in the world. It is now being complimented by Autolib electric car sharing service.

Going deeper, a heavy penalty for reckless drivers causing accident as well as the removal of boundary system where drivers of jeepneys and buses compete for commuters leading to blocking vehicles behind them in the middle of the road may create better discipline and behavior, therefore less barriers on the road.

Companies can be encouraged to have a more flexible office time and pricing of transport during peak and lean hours can even be changed to redirect optimum use of other transportation vehicles.

Structurally, Sec. Roxas has proposed the merger of the Department of Transportation and Communication (DOTC) with the Department of Public Works and Highways (DPWH) to create better coordination for the benefit of the commuters although this does not seem to be a direction to be adopted by the incoming administration.

It is the ultimate responsibility of a company’s chief executive office (CEO) to strategize as well as deliver on the strategy. It is also Important to have the right type of CEO at the right time, converting a workable grand plan to get things done. For the Philippines, we now bank on President-Elect Rody Duterte to show us change is indeed coming.

To add to President-elect Duterte’s directive of not allowing luxury cars and first class travel, it would be good to require high ranking government officials to take MRT ride without bodyguards during peak hours at least once a month instead of just relying on reports. A metanoia may speed up quantum leap in service execution for a better life of the people in the Philippines.

Fri Jun 17 , 2016
Aurora Mangubat-Suarez was Publisher of Summit Media before becoming an independent life coach and marketing consultant. A winner of the Mansmith Young Market Masters Awards (Mansmith YMMA) in 2006, she shares her insights about her journey from being a corporate executive to a life coach focusing on women achievers. Q1: You rose from the ranks and became a magazine publisher […] 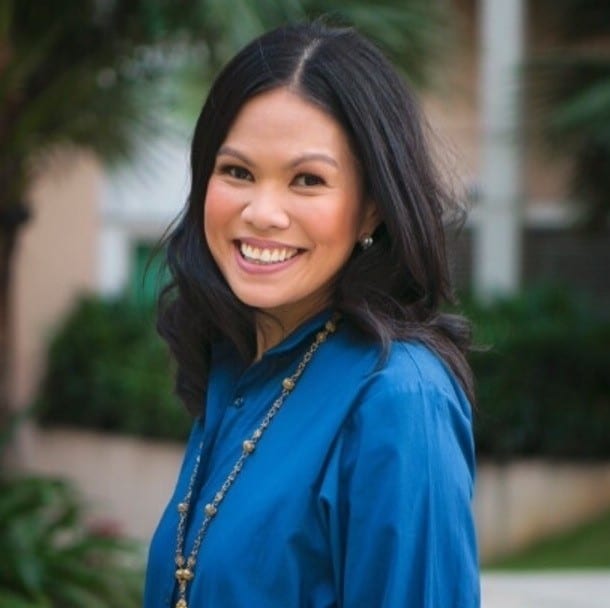