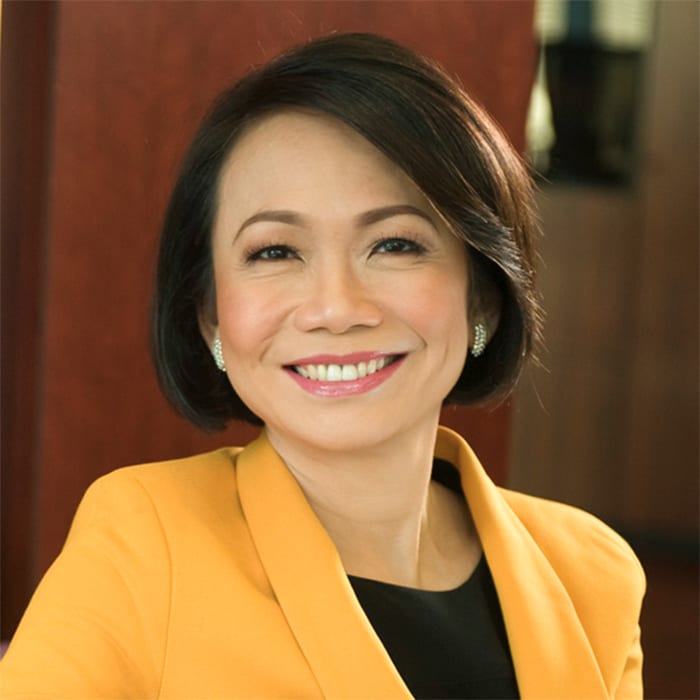 Q1: When you took over the role of CEO for Sun Life Philippines in 2009, total premiums was declining from P13.1 billion in 2007 to P8.5 billion in 2008. By 2014, Sun Life has become the leading life insurance provider in the Philippines. What did you do to turnaround the business?

A: It wasn’t just Sun Life whose premiums declined but the whole industry’s, due to the effects of the global financial crisis. The insurance industry in general had been quite sluggish in the decade from 2000-2009, except for a spike in premiums in 2007. Number of agents industry-wide had declined, and new business growth was very slow with industry CAGR of 1.1%.

Against this backdrop we were given a very aggressive target for 2015 net income, and in analyzing the numbers we realized we had to grow our new business almost 30% a year to have any chance at meeting that target. To do so, we had to build distribution far more aggressively than we ever had: double our number of agents, whose numbers had been flat for 5 years, while maintaining their quality; and find a bank partner for bancassurance, no small feat as we didn’t even have any leads.

We studied the market carefully and realized we had several problems:

One, while Sun Life was a solid company with a very good reputation among its clients, the brand was not well known among the public in general. In fact just a few years earlier we were often mistaken for a bar of laundry soap. We had to build the brand.

Two, an even bigger problem was that financial literacy among Filipinos was very low, and there was little appreciation for the insurance and investments products we carried. What would building the brand matter if clients did not understand the need for our products?

We had to look for a bank partner too, but almost all the big banks already had exclusive partnerships with insurance companies.
As we developed our plans it became apparent to us that internal brand building was critical. Sun Life was a great company with a proud history, yet not many of its employees and financial advisors or agents were aware of that history and what the company stood for – its mission, values, role in protecting Filipinos and in nation building. We also had to make them realize how important their own roles were in achieving the company’s mission and goals. Before we could even begin to build our brand externally, we had to build it internally, as our employees and advisors were our best brand ambassadors.

Vision is an overused term, and there are as many definitions of it as you will find management consultants, but basically we painted a picture of where we wanted to be in five years and described how we were going to get there. The goals had to be aggressive in order to excite people, the kind that could make your heart pound a bit faster and your stomach churn a little, and that’s what we had. We called our goals and strategies Route 5.

We also made sure there was absolute clarity. People find it much easier to do things when they know where you want to go and they are engaged in figuring out how to get there. And through all those five years starting 2010 when we first rolled out Route 5, we made sure we were communicating constantly, letting people know where we were and what else we needed to do. Communication was also very creative, with themes for every year – knights on a quest, Star Wars, adventurers, etc. – complete with costumes, and even skits to impart our messages. And it was a fun environment – we didn’t forget to celebrate success, took care of work-life balance, and made sure to involve our employees and advisors in many decisions which affected them.

I guess you can say that getting things done was all about harnessing the power of the people, because really, they are our only real asset – we don’t have manufacturing plants or tangible products.

Q2: Sun Life became promo-driven at one time. While game-changing, it was a relatively costly short-term proposition where the company gave out big screen TVs to gain sales. Do you still do this? What lessons have you learned about this?

A: That was actually quite innovative and was driven by an insight into how Filipinos thought and behaved. We became the largest-selling pre-need company that year. But given the nature of the pre-need business, where assumptions you make and which are the basis for business decisions in a given year can be drastically different from what actually happens a year or two down the road, we realized it was difficult to sustain. It does work for other lines of business such as banking, credit cards or mutual funds, and you’d see this quite a bit in the country. In our case we continue to use it selectively, where regulations allow it.

Q3: Philippines has one of the lower savings rates compared to its Southeast Asia neighbors. What has been your most effective campaign to save?

A: The campaigns have been almost uniformly effective, but the campaign which has received universal praise from numerous sectors has been our piggy-bank campaign. It’s actually a campaign to have people not just save but also invest. In the ad, a young guy saves all his money in a vault-full of piggy-banks which to his dismay then start shrinking one by one, right before his eyes, and he realizes it’s inflation that’s causing it. Simple, funny and engaging but the message was very clear. Even people from the banking industry have told me it actually helped them sell their own investment products!

Q4: You have a high profile tri-media campaign featuring super star Piolo Pascual. What do you intend to attain out of that campaign since you are selling-driven?

A: In late 2009 we had just launched our financial literacy advocacy aimed at educating Filipinos on the importance of financial preparedness and we were looking for spokespersons to help us get our message across. It’s a known fact that in the past, Filipinos were generally not very open nor receptive to insurance companies so we thought it would help us convey our message of financial preparedness if we partnered with someone whom Filipinos are familiar with and look up to. We had been doing CSR work together with Piolo (how we started partnering is a story in itself), and we realized Piolo fit the bill. We presented our financial literacy advocacy to Piolo in 2010 and he was immediately convinced of the importance of the cause and agreed right away. Piolo was a perfect choice because his popularity cuts across all market segments. But more than that, he is known to be very responsible when it comes to managing his finances so he really walks our talk. He is not just a picture in our posters or billboards, he is actually a real life testimony of what we preach. In fact, his sister is a Sun Life financial advisor.

So the intention of our multi-media campaign and the engagement of Piolo as our brand ambassador was really to help us talk more extensively to Filipinos about the importance of financial security, the need for insurance and investments and the value of getting financial advice, Through the years, we have also engaged several other brand ambassadors and they all have helped a lot in making the topic of insurance and investments more accessible and less intimidating. It has demystified the once esoteric and intimidating topic of insurance and investments and has somehow put a face to an otherwise intangible product. Many of our competitors, in fact, have told us that we’ve helped the entire insurance industry.

Q5: Life insurance is now bundled with investment. Banks also have their UITF mutual funds. Will investing via Sun Life give a better ROI than the top banks? Can you share comparative statistics?

A: I think what’s more important than ROI is what need is being fulfilled. Each product has its own place, its own advantages and disadvantages, and returns can vary from year to year. A bundled insurance plus investment product (variable unit-linked or VUL product) fulfills more than one need, and if a client is concerned with estate planning in addition to investing, it is an excellent product for that. UITFs and mutual funds (which we also carry by the way) are pure investments, and in selecting where to invest clients should determine their own goals and risk appetites and match the investment to that need. It’s also important to look at the track record of a fund and the reputation of the product provider. We’ve found that generally people don’t look for the highest returns as these are also often accompanied by a lot of volatility for which many do not have the stomach. More important is dealing with a company they can trust and a financial advisor who provides good service, and consistency in performance.

Q6: You like running marathons internationally which is not a small feat at all. What is it about running that you have applied in Sun Life?

A: Running marathons requires discipline. You need to develop a training plan and execute that plan as faithfully as you can. When training for a marathon I run when the plan says I should run, at the speed and distance it specifies, and do the type of workout it says. I do this whatever the weather conditions or wherever I am in the world. I’ve run in pouring rain in the middle of a signal no. 3 typhoon, in sub-zero temperature in Russia, around the deck of a cruise ship off Alaska, and gotten lost in Beijing and Athens. I’ve also run 26 km just 12 hours after landing from a 24-hr flight. I read up and study the sport to ensure I understand what I’m doing and why I need to do it. When the unexpected happens such as illness or an injury, you need to be able to adjust if you can, but if it means pulling out of a race altogether, make sure you learn your lessons for the next race.

It’s the same with running a company. You need to develop a solid plan and execute that plan in a disciplined manner even in difficult conditions. You also need to understand every facet of what you are doing to the best of your abilities. And when things don’t turn out as expected, you need to be able to develop and execute contingency plans. When failure happens, learn from your mistakes and move on.

The Market Driving Strategy of #Aldub

Mon Oct 5 , 2015
The 36-year-old TV show “Eat Bulaga” has reinvented itself recently with the “Kalye Serye” (street series) segment featuring the Aldub love team. Aldub is short for Alden Richards and Maine Mendoza, the latter better known on TV as Yaya Dub. According to Kantar, Eat Bulaga has so far attracted some 2.3 million new households (almost doubling from their 2.5 million […] 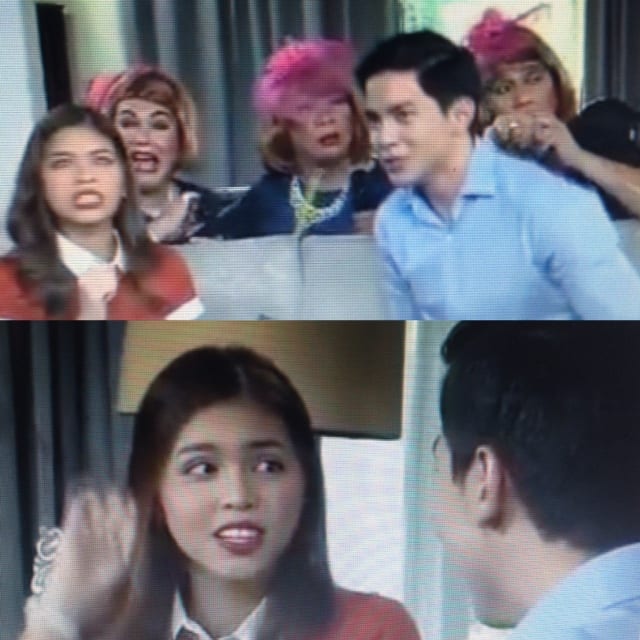