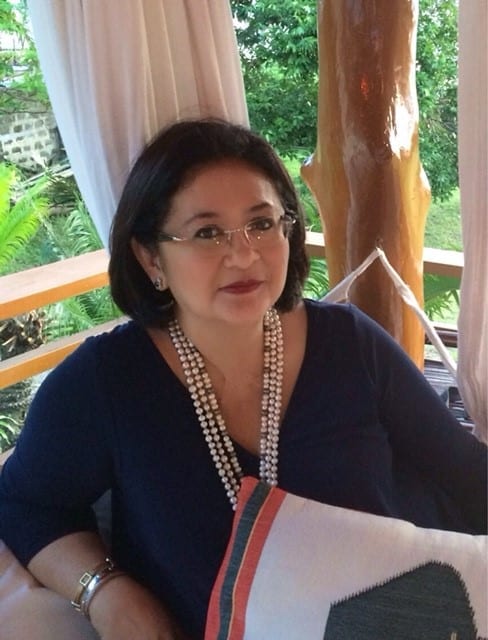 Q1: In your marketing career, what are some of the most memorable marketing campaigns that you initiated? Can you elaborate?

A: The Hate Late Campaign of Pizza Hut Delivery is for me the most memorable because we started using social media and the internet to communicate that Pizza Hut Delivery will be delivered to you in 30 minutes or your pizza is free – BUT in such a creative way, with the help of BBDO Guerrero, because the message was about how we Filipinos actually “HATE LATE”. We must have been the first to put up an unbranded website called www.hatelate.com. It talked about how awful “Filipino time” was and the consequences of being late – hereby spawning not only tremendous awareness for the Pizza Hut campaign itself but for consciousness that people hate being late, and that we must not espouse Filipino time. The campaign won worldwide accolades from Pizza Hut International and bested over 50 other campaigns from around the world as the best marketing campaign for that year.

Another campaign I remember is the launch of Gateway Mall, which is located in Araneta Center, known as a mass market shopping center. It is memorable because only Mr. Araneta believed in the potential of a high end mall in a mass market location like Cubao. Everyone else wanted to build another mass market mall. This is where research came in. We did the numbers and realized there was a huge AB market in Quezon City and the nearby municipalities that wasn’t being served by the Araneta Center. All communications were skewed towards the AB Upper C and thus, the mall was launched with much success. The mall was also awarded as one of 50 Most Beautiful Malls in the World by the International Council of Shopping Centers.

Q2: How did your early years in marketing influence you?

A: My first job was as a Marketing Coordinator for PHILCITE, under Didi Lucindo and Nonoy Yulo. My very first project that I am proud of is the First Manila International Book Fair, which is on its 30th year and going strong. I learnt how to write and edit from Didi Lucindo. After a short stint in a hotel, my next job that honed me well was marketing Pizza Hut in the Philippines, which grew from 1 to 135 units in the time I was there. Because it was owned by PEPSICO, then YUM Foods, we had marketing training all over the world and learnt from the US, the Middle East and European markets till Asia became the lead market for the brand instead of vice versa. My best mentor then was Jorge Araneta, who is a marketing man, and who believes in reaching each and every customer by all possible means. I walked the streets of Cubao and Quezon City distributing leaflets for Pizza Hut Delivery and the shows at the Araneta Coliseum, so I learnt how to do grass roots and guerilla marketing. I also learnt how to buy media wisely and get sponsors for each campaign, because Mr Araneta is a prudent man who will not sign a budget that isn’t cost-effective.

Q3: You were involved in Araneta Group and now SM. What are some of your observations about malls and how malls have evolved? What will the future of malls be like?

A: Malls have evolved into what was once the town plaza, where people used to gather to go to mass, have a snack or a meal, meet people, get entertained. Now, a Sunday outing of the family usually is done at the nearby community mall where the day starts with a mass, then one has lunch, the family can watch movies, go bowling, shop and make a last stop at the supermarket in airconditioned comfort. Malls are very responsive to the needs of its community: one can get a passport, renew one’s driver’s license, get ID pictures, watch a movie, buy a phone, celebrate a birthday all in a day, all in one mall. The malls now serve as a one-stop shop which is ideal in this fast paced world.

Online shopping will never take the place of a mall, especially here in the Philippines where we are very social and tactile beings who love eating together, meeting up to have coffee and a chat, getting massages, pedicures and hot oil treatments. These are things you cannot do online. There is the satisfaction of buying an outfit at 70% off and going home with it (rather than waiting for it to be delivered). The mall will continue to be one of the key places people gravitate to aside from home, the church, school and the office. Everything is there.

Q4: How about fast foods? You were SVP for Pizza Hut before. What will the future of quick service restaurant (QSR) be like?

A: Quick service restaurants are already starting to be challenged by artisanal restaurants and smaller chains. As people’s tastes in food evolves, and as they get exposed to world famous brands they see on the internet and when they travel abroad, their expectations on what to eat also becomes more sophisticated. QSRs can continue to grow as long as they respond to this need. Small indulgences such as hefty and cheesy burgers and pizzas, for example, show that people still crave for food that is salty, sweet, creamy, crunchy – its how the QSRs market these products and at the same time manage their costs that will be a challenge. McDonald’s for one has been able to use social media well by riding on trends such as AlDub and making videos that touch the heart.

Q5: What are your hard-to-forget marketing failures? What did you learn from them?

A: I once consulted for a company that wanted to make an expensive TVC but had no more funds to support the media campaign. The TV ad was funny and entertaining and beautifully produced, but it aired for only 4 weeks. Sales spiked during the first 3 weeks and then it was downhill after that. Mass media must be sustainable to recover one’s ROI. If there is no money to go on air for a respectable period with good R/F (reach/frequency) numbers, then find other means to communicate. Before, there was house to house leafleting, small billboards on Meralco posts, posters on walls, banderitas. Today, there is digital, there is social media, third party endorsers – there are many other ways to promote a product or a campaign. The problem today is that there is just too much stimuli, so everyone has a short memory. A product must continue to make news, to find ways to continue to be entertaining and out of the box, so one remains top of mind.

Mon Mar 28 , 2016
I wrote about the phenomenal come-from-behind win of Makati Mayor Jejomar Binay as Vice President of the Philippines in my book “Fundamentals of Marketing in the Philippine Setting (2nd Edition, with Chiqui Escareal-Go, 2012). His message that he will do to the Philippines what he did in Makati resonated to the public as it positioned him as a public servant with solid track record […] 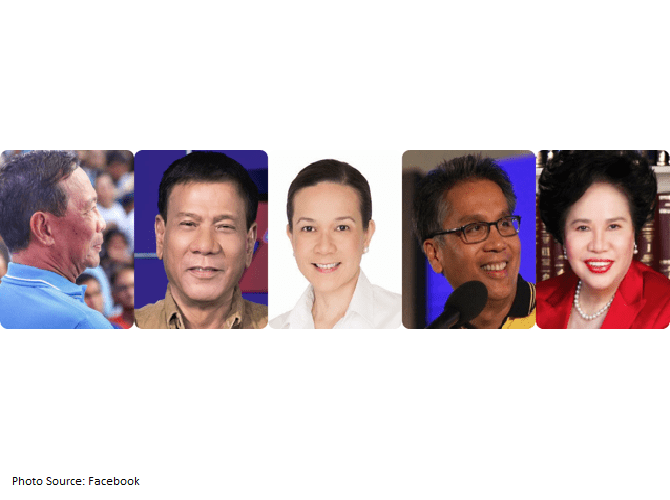