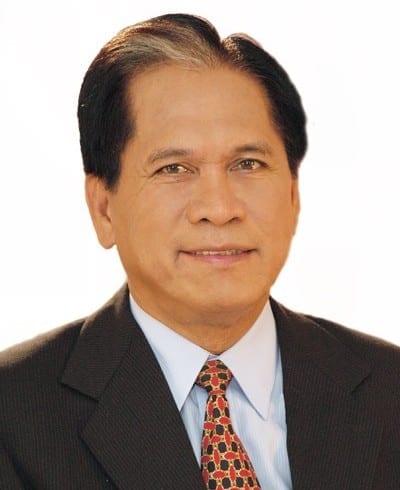 Q1: La Frutera developed the first large-scale banana plantation in the ARMM region, and hired rebel returnees. It is now the fourth largest regional producer of cavendish banana. What was on your mind when you decided to invest in a war-torn province instead of a safer region?

A: I am just one of the co-founders of La Frutera which is now a 1300-hectare banana plantation. We are part of the Unifrutti Group, which is the fourth largest producer of Cavendish banana in the country. The area has large tracts of available fertile land with the right agro-climatic conditions and adequate water supply for irrigation. The investment was welcomed by the community as it would provide employment (about 2500 today) and development in the prospective area of operations. We have always believed that peace and development go together and not one before the other. In the traditional banana-growing areas, it has become increasingly difficult to locate large tracts of available land due to the fragmentation of rural lands.

Q2: You have a unique labor practice in La Frutera where you allowed an adult son to take over the work of his father when they are indisposed. Why is this so?

A: We have tolerated this practice as long as the proxy worker (son) is properly trained. That way, the family does not lose income when the regular worker (father) is indisposed .

Q3: La Frutera was the first in Asia to be certified by Rainforest Alliance, what does it take to be the first?

A: From the very start of our operations, we were always very conscious of the health and safety of our employees as well as our prime responsibility to protect our environment for long-term sustainability

Q4: What other pioneering or unique practices have brought pride to the people of La Frutera?

A: Rest day is Friday; prayer time is paid time; preference for group incentives for performance rather than individual incentives; flexibility in working hours during the Ramadan (30-day fasting); hiring of hundreds of ex-rebels.

Q5: Your initial lease was only US$70 per hectare, less than half of the normal rate then, was this a major consideration in your investment?

A: It was not a major consideration as land cost is not a major cost item in the production of bananas. Over the years, due to our automatic escalation formula  ( 5 percent annual increase or difference in peso dollar exchange rate whichever is higher), present annual rental per hectare approximates those in other growing areas.

Q6: You became a top executive working for DOLE in different countries for two decades, what key learnings did you bring from DOLE to La Frutera?

A: A world view looking at the demand-supply situation; the imperative to be cost, quality and service-competitive; managing for the long-term for sustainability.

A: Low farm productivity due to lack of access to agricultural credit, technology (poor extension service translating good research results to implementation) and markets, lack of strong farm organizations and economics of scale.

A: The importance of trust in one another and always looking at the perspective of the other party when discussing any issue.

Fri Apr 8 , 2016
Reynaldo ‘Kakam’ Gabunada, Jr. is currently Assistant Vice President – Consumer Marketing Manager of Nestle Philippines assigned to handle BEAR BRAND Powdered Milk Drink, the biggest Nestle brand in the Philippines. Prior to this, he was Senior Brand Manager of Nestle Malaysia where he injected many initiatives to revitalize the growth of MAGGI 2-Minute Noodles. He is one of eleven recipients of the 11th MansmithYoung […]