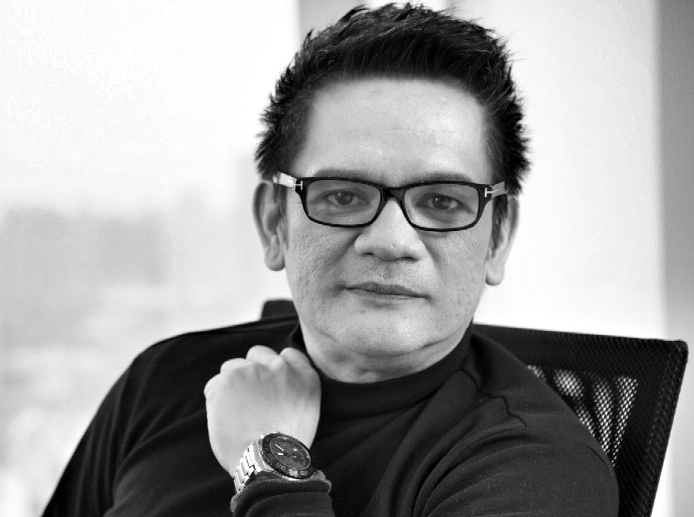 Q1: You recently returned from working in Beijing. Can you tell us about the Online TV phenomenon in China?

A1: China is the largest smart phone market and with the biggest number of internet users in the world. With such scale and having around 40% of its population under 30, this generation has all but abandoned TV with more than half of its media time spent online.

More and more of the Chinese population are watching TV and films on mobile and PC. Unlike in the western world where online video watching is driven by short form or “snackable” content, China’s rising appetite is in the long form video and the market is consuming TV plays, variety shows and movie content like crazy. For instance, a lot of young Chinese women tend to watch the latest Korean dramas. Most download the content to their mobile phones.

Online TV (OTV) channels are the fastest growing channels in China with major players such as Youku-Tudou, Shohu and Tencent all in a mad and relentless pursuit in acquiring content and focusing on content exclusivity.

Q2: Before becoming CEO, you were the Chief Innovation Officer of Havas Media China. What exactly were your innovation deliverables? Is there a framework that you follow to create something new?

A2: As Chief Innovation Officer of Havas Media in China, my core responsibility was driving the transformation vision of “digital at the core” in the agency. Integral to that responsibility was creating the culture of creativity and innovation across offices in China.

I subscribe to the Agile approach – a concept that started as software development technique – characterised by small functional and collaborative teams, creating projects in a short period of time, learning and replicating its successes quickly.

It was a system designed to make the agency adapt in the fast lane of “live moments” opportunities and because of its nature, demanded the use of technology and live stream data.

The output in most cases, were ideas that have never been used and deployed.

Q3: Fortune (Feb 1, 2015) published habits of the US masses, stating that 71% watched some TV programs on their computers and 18% of people aged 18-29 cut their cable subscription in the past year. Do you see that trend happening in Southeast Asia, particularly the Philippines as well?

A3: More and more, people will have the power to choose what, when and how they want to consume content. This trend is already in our shores.

The latest Nielsen Cross-Platform Report has shown the emerging shift of Filipino digital users into a multi-screening behavior. This shift, because of the proliferation of smartphones and PC’s, their choices are multiple and they want to be in control of their content.

In the same said report, the Philippines registered the second highest Internet TV penetration in the region after Thailand, watching TV content and movies via online sources such as video-on-demand. The demand for video content is rising and it is now up to the media and publishers to keep up and feed that content frenzy. If they are not able to provide this, then cutting of subscriptions will surely bound to happen.

Q4: One of the pain points of clients is that they interface with digital agencies separately from different mass media suppliers. How do you see account handling in five years?

A4: With digital media growing to be an integral part of today’s consumers and is rapidly moving as a mainstream channel, I believe that in the near future, the agency structure will evolve back into an integrated, single agency point of contact.

And as more marketers and brands get sophisticated in digital planning and are now able to adapt quickly, this evolution will trigger the demand to have one agency counterpart to help them navigate seamlessly across all channels.

The agencies that are now investing in breeding a new set of talents – data whisperers, agile creative teams and beta creators – will most likely be the most sought after ones.

Q5: You recently signed up as the CEO of Dan, a relatively new digital agency of TWBA. Tell us what did you do to start up a digital agency? What will be your competitive advantage since there are already many digital agencies?

A5: Digital Arts Network (DAN) has been the digital force behind TBWA/SMP for the past 3 years and established itself with a strong creative reputation by winning the country’s first Webby Award.

As DAN Manila office is integrated within TBWA/SMP- consistently ranked as among the top most awarded creative agency in the country – we are in an exceptional position to be at the forefront of cross screen story telling in the Philippines.

The model of digital agencies is evolving. We envision DAN to take the lead in the age of cross screens and one that integrates organic data that opens new opportunities for our clients to connect deeply with their consumers.

Q6: You were the first and only media agency executive ranked in the Top 15 creative directors of the Philippines. What work are you proudest of? How will you leverage creativity in Dan?

A6: I have always been relentless in my pursuit of discovering new and innovative use of media to connect with consumers. And the works that do just that are the ones that I am proudest and privileged to have been part of. These campaigns do also amplify the role of brave clients – who are willing to experiment and navigate into new territories:

1. The work done for Philippine Tourism circa 2010 that brought the use of “Search” into mainstream TV advertising

2. The campaign for Unilever’s Vaseline lotion that centered on a group of popular bloggers to endorse the brand, was the first of its kind and recognized the power of online celebrities in mainstream media.

3. The BPI adventure, which was the first online video in the Philippines to have used You Tube’s Annotative Technology in a campaign.

Moving into DAN/TBWA SMP, our vision is to infuse organic data in our creative building process. When this is combined with agency’s superior creative firepower, I am confident that the results will yield innovative cross screen campaigns that will benefit the business of our clients.

Mon Jul 6 , 2015
One of the key contributions of Harvard Professor Michael Porter is popularly known as the Five Forces. Simply put, it defines the five major forces that affect profitability in an industry. These five forces are bargaining power of suppliers, bargaining power of customers, competitive intensity, threat of new entrants as well as threat of substitutes. One of the many features […]