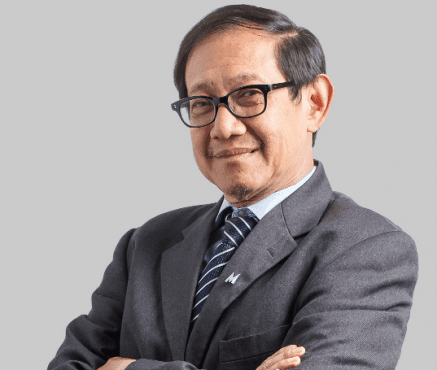 Q1: You became the first Asian President of the World Marketing Association a few years ago and you have made Asia proud. How has the role of marketing in the Asian region then and now evolved at an international level?

In the last decade, we can see that the role of marketing is evolving so rapidly in the Asia. In the past, the big companies in Asia only focused in making low price product to penetrate global market even we only can relied on commodities goods. But many Asian marketing professionals and businessmen has aware of this condition. So they shifted their perspective from resource based to market based.

Therefore, many companies that tried to improve their product quality and give more attention to marketing field. They aware that marketing is the important elements to compete with world class companies from the West. So they started to analyze any trends in business landscape (Change – Competitor – Customer – Company itself) and then developed marketing strategy and tactics.

Nowdays, we can find some Asia companies which have succeeded to become world class company. For examples, we see Asia brands such as Lenovo, Acer, Toyota, Hitachi, KAO, Canon, and many others dominate in many market in the other region. But I can see pattern here that they have to be successful in local then national and then international market.

I believe that there are many other companies that have big potency to penetrate global market. But before becoming successful, each company have to have strong positioning-differentiation-brand. But in the era of digital technology, it’s not enough anymore. Because there are three trends which change the business landscape. The vertical, individual, and exclusive approach like above the line promotion isn’t effective anymore. They have changed into horizontal, social, and inclusive approach.

Positioning – differentiation – brand itself has changed to become confirmation – codification – character. The legacy marketing has been transformed to become new wave marketing. We need another session to talk about it.

Q2: One of your books, Marketing 3.0 talks about the shift from mind, then heart to human spirit or the focus on the functional, the emotional and on advocacy. What inspired you to develop this framework? Is this a continuum?

Back in 2005, I was invited to speak at the AdAsia, a prestigious advertising, marketing, communications, and media conference. In preparation of the presentation material, I, with several of my colleagues, tried to develop the new concept. We came up with the concept of human-centric marketing with which replaced the concept of emotional marketing in the East.

We had so many things to write and decided that an article might not be sufficient. In an email exchange, I shared this concept with Philip Kotler who noticed that similar trends were happening in the West as well. The concept of Marketing 3.0 is universal since it originated in the East and culminated in the West. The original idea was first conceptualized in Asia but it will be finalized at the Kellogg School of Management.

Over the years, the West has seen some of the economic power shifted to the East. Since the economic crisis hit the global world a few years ago, the power migration has become more apparent. The concept of marketing – or the market economies can be seen as the balancing concept to the macro – economics. Whenever the economic environment changes the market behavior, marketing also changes. It is the reason why marketing has transformed from the product-centric (Marketing 1.0) to consumer-centric (Marketing 2.0) for the past sixty years. Marketing concept will ultimately transform once again as a response to the dynamic environment.

The rise of the digital world –mass computing, the internet, and social media – will only push marketing toward that direction more rapidly. It enables the market to change into a more collaborative, cultural, and creative society. It changes the consumers into human beings with bigger needs to self – actualize themselves. The imperative to embrace this massive the transformation in consumer behavior is at the heart of Marketing 3.0. In this concept, the marketing approached will be based on human spirit.

And for the result, the book has translated into 23 languages non-english. Even in few countries, the book has become the best-seller.

Q3: Asia is gaining more attention and prominence in the world stage today. Where do you see Asia in the near future? How can Asia create a sustainable advantage?

In the last world bank report, we can find ten biggest economies countries in the world based on purchasing power parity (PPP). Four of them are the Asia countries such as China (2), India (3), Japan (4), and Indonesia (10). Not only that, after 140 years dominates by The United States, many economist predict that the position of the largest economies will be taken over by China in the end of this year.

The World’s Bank’s International Comparison Project (ICP) recently released the comparison GDP report. They found out that China’s economy had caught up so close to the U.S. its economy is likely to surpass the U.S. In this report, we also find that based China’s economy is 87 percent as large as the U.S. in 2011. China is expected to grow 24 per cent between 2011 and 2014, and the U.S. economies is expected to grow about 7.5 per cent. So it’s only matter of time before China overtakes U.S.A. In the last few years, we can see that the power of Asia countries are getting stronger and stronger.

One of the main driver of the Asia economic growth is the countries which joined in the Association of Southeast Asian Nation (ASEAN). ASEAN has successful raised living standards of the more than 600 million people of the ten member countries. Not only that, the association also has brought the benefits to billions of other people in neighboring countries. Few countries member experienced extraordinary economic growth. From 2001 to 2013 alone, ASEAN’s GDP rose threefold, reaching $2.4 trillion. If the association were a country, its growth rate during those years would rank second to China as the highest in Asia.

In the next few years, there are few South-East Asia countries which will rise. After Singapore, Malaysia, Thailand, and Indonesia the countries such as Vietnam, Myanmar and Philipines are predicted to be experience high growth economy. One of the main driver of the ASEAN economic growth are the consultation and consensus culture as the ASEAN way. The second driver is foundation of peace between countries. And finally geopolitical collaboration among major powers.

I’ve written a book which is titled “Think ASEAN! Rethinking Marketing toward ASEAN Community 2015” with the Guru Philip Kotler and Hooi Den Huan. In this book, I revealed how companies should think ASEAN as one borderless market that requires different marketing to capture. We can see how ASEAN became the emerging strong economic power in Asia beside China, Japan, and South-East Korea.

In the end of this year, we also plan to launch the sequel of the book which is titled as “Think New ASEAN! Rethinking Marketing toward ASEAN Community”. In this book, we will give the insight about the ASEAN countries, the update of business landscape, and how to create a sustainable business in ASEAN countries.

Q4: You have a forthcoming book, WOW Marketing, which you will also talk about in the Asian Marketing Conference in July 17-18, 2014 in Manila, please tell us what is WOW Marketing and why marketers should pay attention to this? How different is this from previous concept where “wowing” customers is delighting them?

For over 24 years working with clients, we often see marketers in various industries battling it out to get to top of mind brand awareness, only to falter in driving customers to purchase, and ultimately, advocacy. They spend huge amount of money to build that early advantage of popularity and later rely on ‘natural progression’ of customers in their path to purchase, without really having necessary intervention. This has to change.

In the last years, especially because of the rapid growth of digital technology, customer path has been changed. In the past, customer path is simple. Let us call it the 4A’s process: Aware, Attitude, Act, and Act Again. It is simple because of two things. First, it is a straightforward funnel-like process. Customers learn about a brand, like or dislike the brand, decide whether to purchase it, and decide whether the brand is worth a repeat purchase. The number of customers going through the process continuous to decline as they move into the next stage. People who like the brand must have known the brand before. People who purchase the brand must have liked the brand before. And so on.

Secondly, the path is personal path. The only influence to customers’ decision making as they move across the path is coming from companies’ touch points e.g. TV advertising at ‘Aware’ phase, salesperson at ‘Act’ phase, service center at ‘Act Again’ phase. This is within companies’ control.

1. In pre-connectivity era, individual customer determines his/her own attitude toward a brand. In a connected world, the initial appeal of a brand is influenced by the ‘community’ surrounding the customer to determine the final attitude

2. In pre-connectivity era, loyalty is often defined as retention and repurchase. In a connected world, loyalty is ultimately defined as willingness to advocate a brand

3. With it comes to understanding brands, customers now actively connect with one another, building ask and advocate relationship. Depending on the bias during the conversation, the connection either strengthens or weakens the brand appeal.

Knowing what touch points to intervene with is the important first step. The next will be compete and focus necessary resources to that particular touch point. The goal is to create WOW!

The new customer path reflects new market demands. Customer now ‘protect’ themselves against brands. They ‘protect’ themselves with the help of their communities of friends and family. People consult with others on the brand selections. They are afraid to be disappointed. Many purchase decisions are therefore social. In such market environments, anything less than a “WOW!” will not suffice to trigger positive advocacy.

In essence, “WOW!” is an expression that comes out when customers are so pleasantly surprised by a brand that they feel compelled to launch positive advocacy. ‘WOW!’ is surprising. It emerges when one expects certain level of treatment by a brand but gets something unexpected instead. ‘WOW!’ is also personal. It is triggered by specific desires. ‘WOW!’ is contagious. Someone experiencing ‘WOW!’ wil share their stories to others and hence, advocacy. ‘WOW!’ is actually the highest level in a spectrum of customer expression. At the lowest end, the spectrum stats with ‘Boo’ which is an expression of furious customer, which reflects negative advocacy. The spectrum continues with ‘Argh’ which is an expression of frustration from a disappointed customer. It doesn’t trigger negative advocacy but it is still a negative evaluation of a brand. When a customer is casually satisfied with a brand, it invoke neither positive nor negative bias. They will express their ‘OK’. When a customer is impressed with a brand, it creates a sense of personal delight and trigger an ‘AHA’. But ultimately, company should always aim for ‘WOW!’

Fri Jun 20 , 2014
Q1. Your company is owned and managed by a group comprising of five friends (including a brother).  How has this worked out for all of you — in terms of business relationships and in terms of personal bond. Have you worked together in a previous organization or association before incorporating? Jimmy Thai: Johnny and I informally worked together in a family business, […] 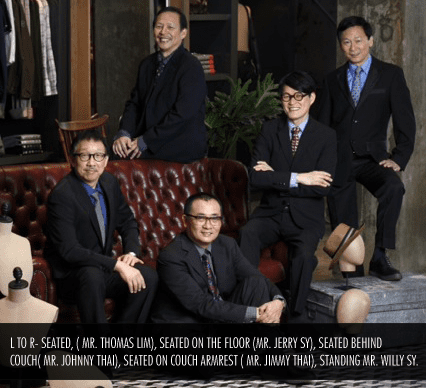 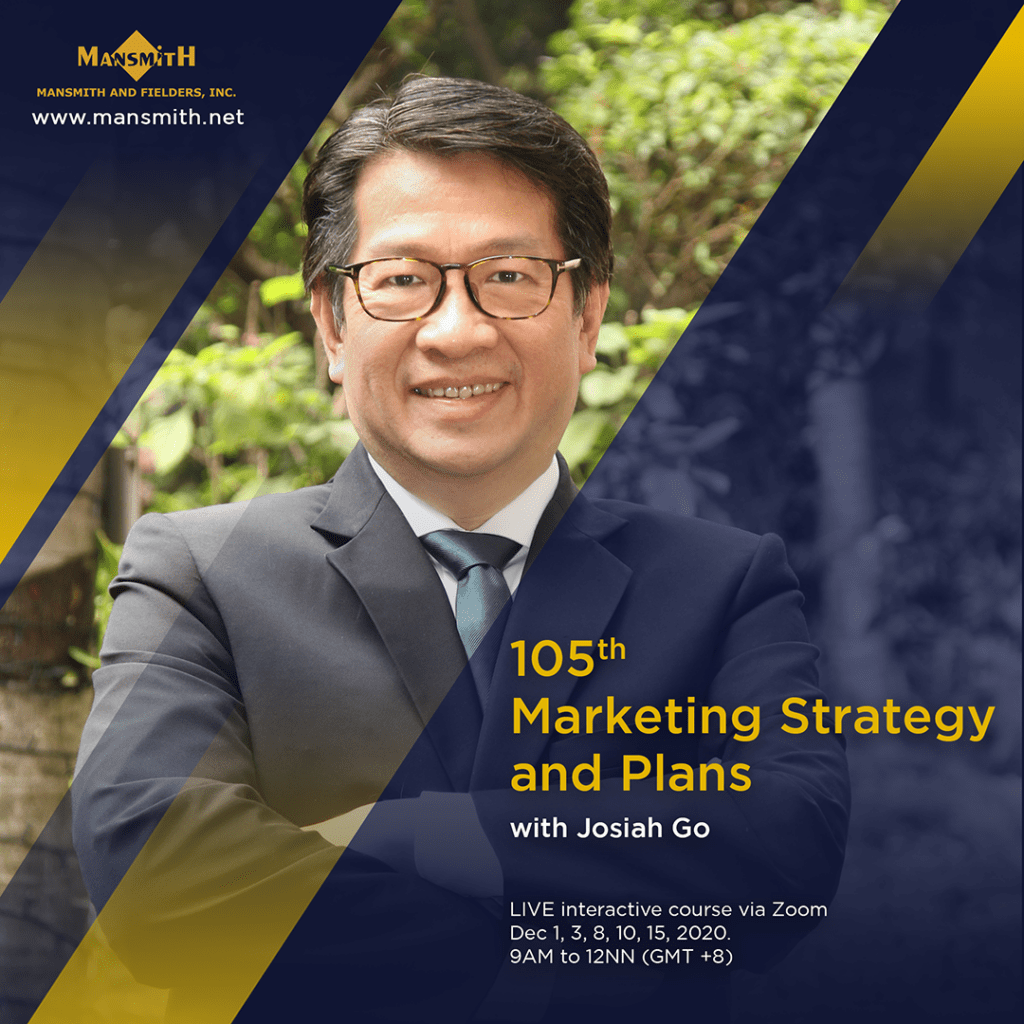