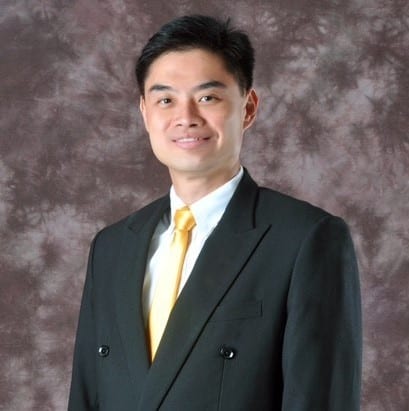 Q1: What is your volunteer organization involvement and what are the business benefits of joining them?

A: I have been involved in volunteer organizations for nearly 25 years. Not counting school-based clubs, the first organization I joined was Junior Chamber International (JCI) in 1991. Back then, I was a fresh graduate eager to “conquer the world,” so to speak. I was a very active member of JCI, having assumed key roles in my local chapter (JCI Manila), national organization (JCI Philippines), and international (JCI), as an officer, author, trainer, and facilitator. When I “graduated” from JCI in 2006 (the movement’s regular membership is limited to 40 years of age), I got myself involved in a host of other organizations, such as the Alumni Association of Xavier School (which I currently sit as Vice-President), as well as other professional and industry-based organizations such as the Philippine Institute of Certified Public Accountants (where I am a sustaining member), and the Philippine Association of Paint Manufacturers (where I just got elected director).

In 2011, I was asked to assume the presidency of the JCI Senate Manila (the JCI Senate is an organization of past and current members who have been awarded the lifetime title of “JCI Senator” — the highest award given by the international organization to those who have contributed to the movement). At the time I assumed the leadership, the Senate organization has been relatively dormant for 4 years and it was my challenge not only to revive it, but to make it grow. Perhaps because of my stint here, I was elected National Treasurer of JCI Senate Philippines the following year.

At about this time, I was invited to join the Anvil Business Club, an association of young Chinese-Filipino entrepreneurs and professionals, aimed to enhance the skills and overall development of today’s generation young Chinese-Filipino businessmen. After serving in the board for a few years, I assumed the presidency of the club for two years from 2014-2015.

Frankly, when I join organizations, expanding my business through networking was far from my mind; my primary goal was to develop myself, as I believed that the people that you associate with do influence who you are and what you do, so it was important for me to be surrounding myself with positive, uplifting people that will help me to grow as a person and thrive as a business owner. Eventually getting real business from them will only be a bonus.

Q2: How can one decide what networking organization to join?

A: That will depend on why you are joining in the first place. Is it purely for business? Is it to expand your circle of friends? Is it to learn or enhance a desired skill set? There is a wide plethora of volunteer groups that cater to distinct objectives and specific demographics. It is best to look at their track record of performance. What projects have they made in the recent years? What is their history of service? What is their reputation in the community? Who comprise their membership and leadership? Are they men and women known for their integrity? Sometimes, it is also good to ask yourself, “what’s in it for me?”

Determining the kind of people who comprise these organizations is also very important. While there are volunteer organizations and clubs catering to similar membership markets, getting to know the general background of the members whom you will eventually work and hang around with will also determine whether or not you can get along with them; or if you will be proud to be associated with them.

Q3: There are many online ‘networking’ groups. Do you recommend them?

A: The rise of the World Wide Web and the proliferation of countless social networking sites has created opportunities for users to create, post, comment to and read from their own interest- and niche-specific forums, often within the realm of virtual communities. While the Social Network Revolution has offered people with more loose ties and diversity in their relationships, it also poses inherent dangers, since users can hide under the cloak of anonymity, and often use this veil to prey on unsuspecting victims.

Unless one has a specific intent to join such groups (such as, seeking technical/social support through ‘crowd sourcing’ information with like-minded individuals), I still recommend the traditional networking avenues, specifically joining volunteer networking groups, since they represent a genuine social safety net to support individuals. Moreover, online groups rarely generate into solid business leads, as people are wary doing business with partners they hardly know. This is where volunteer organizations come it. Opportunities like joint ventures, client leads, partnerships, speaking and writing opportunities, business or asset sales… the list goes on, and the opportunities within networking are really endless.

Q4: We predicted the rise of membership in social clubs as digitally savvy people need face-to-face human interaction as well. What is your experience with Anvil Club membership ? What about JCI?

A: As in any networking group, the old adage,“It’s not WHAT you know, but WHO you know” applies. This is absolutely the case in business, where one needs to have a great source of relevant connections in his/her network that he/she can call on when they are needed.

In Anvil, I have learned the value of having like-minded business owners to talk to, which has given me the opportunity to get advice from them on all sorts of things related to my business or even my personal life and obtaining that important work-life balance. Being president for two years has also given me a unique vantage point: I was expected to be visible and getting noticed. And while it was uncomfortable at first, I learned that it is a big benefit of networking. Regularly being invited to business and social events has helped me build my reputation as a knowledgeable, reliable and supportive person by offering useful information or tips to people who need it. During my two years in Anvil, I was able to get more leads and referrals as I was the one that pops into their head when they need what I offer.
In JCI, the varied programs offered became a veritable avenue for learning many of the skills sets which proved invaluable to me in my later years. Public speaking, newsletter and correspondence writing, project management, conducting effective meetings through parliamentary procedures, were all developed during my two decades in JCI. It was also through the various community development programs of JCI that I was able to enhance my satisfaction for helping others.
It is interesting to note that popular social media tools (i.e. Facebook, Instagram, Twitter) have had a significant impact in promoting volunteer organizations. In Anvil, for instance, I was surprised to discover that my frequent and regular posts about our Club’s activities have generated considerable awareness of what we do. Roughly thirty-five percent (35%) of membership inquiries in 2015 came from Facebook. Out these, a solid twenty-seven (27%) pursued their membership application. Nearly 150 new “Friend Requests” were received by yours truly in just a span of three months, and roughly a quarter of these went on to apply as members in Anvil. As a result, our membership base jumped close to five-fold in two years, an unprecedented milestone, and certainly, a turning point in our Club’s history.

But while my experiences in Anvil and JCI have been generally mutually exclusive (since they espouse different objectives), involvement in either of them usually engenders a wide network of friendships. Since we often meet and help each other regularly, naturally strong friendships tend to form. Some of my strongest friendships have been started from these two organizations.

In both associations, the networking experience provided me with a great source of connections, and really opened the door to talk to highly influential people that I wouldn’t otherwise be able to easily talk to or find.

Q5: How can one maximize their networking opportunities in volunteer organizations?

A: Two words: GET INVOLVED! By regularly attending projects, exchange forums, general membership meetings, and pushing yourself to talk to people you don’t know, you will get increased confidence the more you do this. This is really important as a business owner, because your business growth is very dependent on talking to people and making connections.
Volunteer in projects and don’t refuse work, because it is only through active involvement will you get the chance to enhance your skill (“learning by doing”), while getting to know your co-project partners more by closely working with them.

Being a generally shy and introverted person, I was certainly not confident when I joined these organizations, in fact it completely petrified me! When I was a new member, I remember deliberately sitting next to the exit door when I attended my first General Membership Meeting in JCI, hoping to avoid being called by the emcee or attracting attention. But as I get more involved, the more confident I got; the easier it became, and the more benefit I got from it.

Q6: What should people avoid doing in networking organizations?

A: Having been an active member in a number of non-profit networking organizations, I have learned that success in a volunteer group ONLY comes when the rest of the group members trust you enough to open up their best referrals to you. Unless they’ve seen your work, you have to earn that trust by demonstrating your professionalism to them. In JCI, for instance, the phrase, “respect is earned, not bought,” has been a constant reminder to all members that, before they can get the respect they want, they have to respect others first.

Avoid being unprofessional. In Anvil, those who regularly absent themselves to a function which they have initially confirmed are automatically levied with a “flake” fee. Avoid airing your personal grievances among your fellow members and guests; it will only make you look petty and people will start avoiding you. Never renege on commitments because it only exposes your tendency not to honor deals, even if they seem small. Always work hard and avoid being a freeloader; it will make you look unreliable as a possible business partner.

Q7: You are president of family-owned Times Paint. Since your firm focuses more on BTB market, do you actually get many businesses by networking?

A: As president of Anvil (and as president of JCI Senate Manila), I consciously try to avoid hard-selling my business to members. But, because our members probably saw me as a passionate partner in leading their organization, many of them also surmised that I am just as passionate in delivering quality products and services as a potential business partner. So, in answer to your question, I would like to believe that I was able to attract business opportunities among a number of Anvil and JCI members.
P.S.: Of course, it wouldn’t hurt by saying that our paint products are much superior to the leading brands, since we customize paint based on their requirements.

My Favorite Group Interviews in 2015

Thu Dec 31 , 2015
I had the pleasure of interviewing 4 groups of people in 2015. They are listed according to number of readers below. Q&A w/ YMMA winners Candice Alabanza, Lester Estrada, Cristina Lao & Alan Supnet on Hiring Fresh Graduates for Brand Marketing Work https://josiahgo.com/qa-on-hiring-fresh-graduates-for-brand-marketing-work/ Q&A with Direct Selling Association of the Philippines (DSAP) Officers on Understanding Pyramiding Scams https://josiahgo.com/qa-with-direct-selling-association-of-the-philippines-dsap-officers-on-understanding-pyramiding-scams/ Q&A with […]