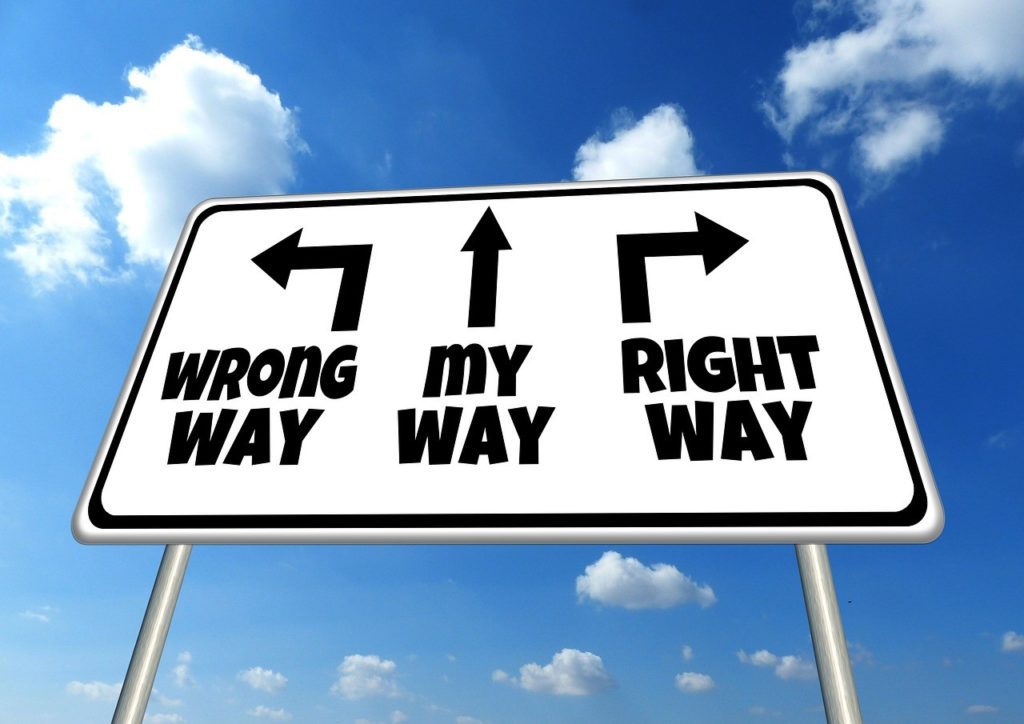 Innovation is a buzzword again the last few years as many companies struggle to survive and thrive during the pandemic. We are reacquainted with the term “innovate or die”, but innovation has become an often used and abused word, people normally confuse it with many results that are not actually about innovation. So let me share what innovation is actually not.

Myth no. 1: Innovation is Not About Playing Catch Up

Not all that can transform an organization can be classified as innovation. Adopting modern advertising and sales promotions practices when everybody else in the industry has done so is not about innovation, it’s playing catch up. True innovation involves introducing a novelty in the industry that experienced commercial success. For instance, there are many generic drugs available inside different drugstores, but The Generic Pharmacy launched their all-generic drugstore before changing their name to TGP subsequently (signaling a change in strategy to be more than generic drugs). Traditional drugstores were not innovative by simply adding another product line, but TGP was innovative in successfully introducing a totally new retail category, a new market space for generic-only drugstores, expanding to over 2,000 mostly franchised stores. As a related value chain example, generic drugs are aplenty but Rhea Generics by Philusa was innovative, marketing-wise, by being the first to position it as a world class, branded generic drugs successfully since their products are manufactured by different big multinational pharmaceutical companies, a move which helped them establish trust with consumers, solving a category pain point that affected adoption of generic drugs in the past.

Myth no. 2: Pivoting is Not An Innovation

Pivoting is about changing strategy. Not all pivots can be classified as an innovation.  During the 2020 pandemic lockdown, many companies selling non essentials products and services were not allowed to operate temporarily, some had to add new products, many added an ecommerce channel, a few others launched new businesses in order to provide jobs and income to their people, as well as for their own survival. While these pivots were launched quickly, there was already existing competition in the marketplace.  Just look at the number of companies selling the same food items and doing ecommerce.

Myth no. 3: Invention is Not an Innovation

An invention is also not an innovation until commercial success is attained, Segway was a two-wheeled, self balancing personal transporter. They had a phenomenal launch in 2001, but has since changed ownership a few times before the original model series were phased out in June 2020. Actual sales and profit were simply too far from its projection. It was also too far from its hype – – that Segway will do for walking what the calculator did for pad and pencil.

Innovation does not even need to be a new invention. Cebuana Lhuillier started as a traditional pawnshop but introduced the “sachet” concept as part of their community financial empowerment vision. They were the first to convert a pawnshop into a micro financial retail store, by being the pioneer in micro insurance, bills payment in the pawnshops and many other services.

Myth no. 4: Innovation is Not Necessarily About Tech Disruption

Mang Inasal was started by entrepreneur Edgar “Injap” Sia II by combining fast food and barbeque chicken, both were already existing long before he launched Mang Inasal chicken restaurant in Iloilo in December 2003, but the recombination led to a new category, an innovation. Seven years after launch, with over 90% of the 300 plus stores franchised, it was bought by Jollibee at a P5 billion valuation. Brilliant recombination. He is doing market-driving strategy again by putting up City Malls in untapped tier 3 and 4 cities in the Philippines.

Mang Inasal’s market-driving innovation is not about technological disruption. Proof that you can innovate without technology. Cirque de Soleil, the circus act that started as street performers in Canada and are now performing all over the world did not make use of technology, instead they used their skills, and creativity. Cirque de Soleil started performing in upscale theaters instead of low end tents, added sophisticated circus themes, with lights and sounds, while stopping the use of animals, a conventional practice in circus when they entered the market.

Myth no. 5: Innovation is Not About Being First to Launch

Innovation is not about the first to launch, but the first to succeed and succeed continuously. Chooks-to-Go was not the first rotisserie chicken store in the Philippines, neither were they the first to succeed, there were many others before them, a few even have hundreds of stores, but they became the biggest and most successful integrated chicken processor with over 2,000 stores nationwide surpassing the combined number of stores of the next few chains, creating not a product or process innovation but a business model innovation, coming from their desire to neutralize the potential impact of lower import tariff, as well as the huge bargaining power of major supermarket and restaurant chains.

To succeed continuously entails the ability to convert an existing advantage into an ongoing market advantage. It cannot be about catching the first wave and missing the next wave. Kodak, Polaroid, Motorola, Blackberry, Nokia, Palm, Atari, Yahoo, and many others were all winning companies once, some of the best and the brightest, but they were stuck and unable to catch the next wave and a different market substitute and market leader took over.

For tech products, the importance of crossing the chasm of technology life cycle, or the stage between early adopters and early majority is indispensable. This requires not just understanding and solving pain points of a well defined target market but subsequently offering solutions that are reliable and complete. An example of both first to market and first to succeed is GCash, leapfrogging their number of customers from 20 million at the start of 2020 to over 50 million users by the start of 2022. GCash, formerly a niche payment app, is now being used by the mainstream mass majority and has expanded its fintech platform to include savings, loans, insurance, and investment.

Myth no. 6: Continuous Improvement is Not Innovation

Continuous improvement, or building on whatever an organization already has, is technically not an innovation, even if they are sometimes known as sustaining innovation, which is important in formulating a unique offer to continuously gain an upper hand versus market alternatives.

Innovation requires fresh thinking to create new value. While doing more (like continuously improving the layout of a website) or doing less (like giving discounts) can improve performance, it is considered business as usual and not innovation, unless a new value is created.

On the contrary, instead of merely doing more or doing less, starting an original category or stopping an industry norm may lead to innovation. For instance, Mansmith and Fielders Inc started an advocacy-based marketing consulting and training firm, thus, it became an awards-giving body promoting Young Market Masters Awards (YMMA), Mansmith Innovation Awards, Mansmith Market Masters Awards for Senior Mentors, etc. without charging entry fees. It stopped the use of powerpoint, audio video showing, and giving speeches in their annual Market Masters Conference. This resulted in a highly interactive conference with discussion format, where the audience gave unprecedented satisfaction and approval rating versus the traditional marketing conference format. It turned out even not giving free lunches in the conference was a welcome respite, as delegates prefer to walk around and explore what’s near the learning venue in between a whole day conference. Conventional wisdom just needs to be challenged regularly. As another case, Converge ICT was the first to launch fiber internet technology in the Philippines. It also stopped outsourcing their infrastructure development by creating their own support subsidiary to lower cost. The headstart advantage allowed Converge ICT to focus only on a single service – fiber, that benefited consumers complaining of speed, reliability and price, becoming the largest fiber broadband internet provider in the Philippines. The public rewarded Converge ICT when they became a publicly-listed company and the principal owners became the sixth richest couple in the Philippines.

Innovation is not a one-time thing, it needs to be market-driven and continuously stay relevant to the consumers by adopting demand side thinking to create value and avoiding supply side thinking merely to reduce cost.

So what will you start doing and stop doing in your organization? Curiosity and constantly challenging assumptions of industry’s conventional wisdom and the company’s operating model are required.

The 2nd Mansmith Innovation Awards and Summit is scheduled on April 26-27, 2022 as a public service. Registration is totally FREE and can be done via mansmithinnovation.com. Listen to Master Innovator winners: Jean Henri Lhuillier (CEO of Cebuana Lhuillier), Martha Sazon (CEO of GCash), Ronald Mascarinas (CEO of Bounty Agro), and Dennis A Uy (CEO of Converge ICT). Listen to Enterprise Innovator winners: John Aguilar (CEO of The Final Pitch), EJ Arboleda (CEO of Taxumo), Paco Magsaysay (CEO of Carmen’s Best), and Steve Sy(CEO of Great Deals ECommerce). Some P250,000 in cash prizes are available for the 2nd Mansmith Innovation Challenge. The free event and cash prizes are made possible by Acer, JS Unitrade, Union Bank, Philusa, Abenson, Waters Philippines and Inquirer.

Josiah Go is Chairman and Chief Innovation Strategist of Mansmith and Fielders Inc., Innovation Awards winner of 2021 ASEAN Business Awards. He facilitates 8 innovation courses details can be found at www.mansmith.net. 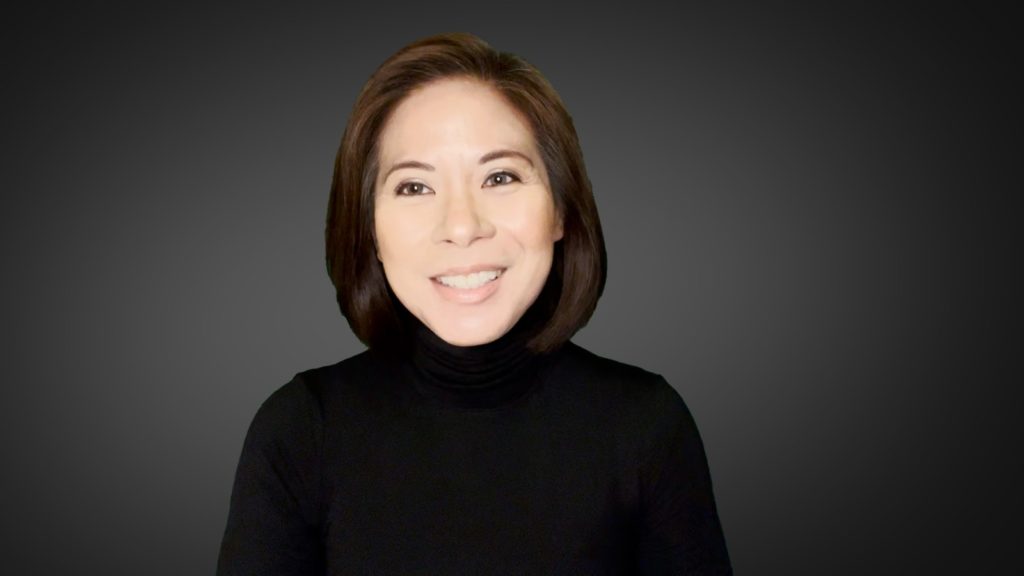