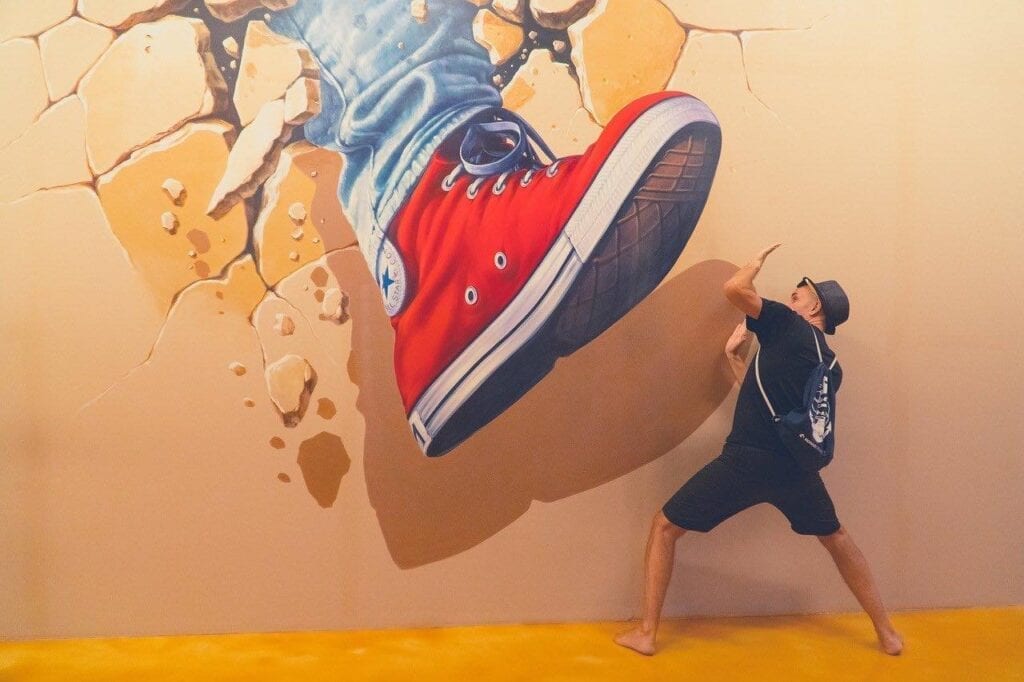 David versus Goliath is a popular story in the Bible (1 Samuel 17) where the underdog David won in the Valley of Elah, in spite of the odds against him.  The giant Goliath challenged the Israelites to single combat mornings and evenings for forty days disturbing them while they were in their prayers. The Israelites ran away in terror each time they see Goliath. King Saul, who was the tallest among the Israelites, decided against engaging Goliath himself and offered three compelling rewards to the one who can defeat Goliath – to be an instant officer of the army, to exempt the family from paying taxes, and to marry King Saul’s daughter. It was a seemingly enticing offer yet there were no takers among the soldiers. The odds of beating Goliath were practically nil, you could imagine him standing over 9-feet tall and was trained as a soldier all his life.

David was the youngest of eight children of Jesse and was a shepherd. One day, he was asked to deliver food to his three eldest brothers and commanding officers to the camp, which led him to inquiring to the men in the battle line about Goliath. David’s eldest brother, Eliab overheard him and even got angry for his curiosity. Despite this, David volunteered to fight Goliath. King Saul objected, believing that David was just a boy. But David persuaded King Saul with his track record of killing a lion and a bear who tried to attack his father’s sheep. To David, the lion and the bear were much bigger than Goliath. King Saul reluctantly agreed and gave his own armor to him. David tried them on but took it off. So instead of the usual sword fight where he was sure to lose, David took a different approach. He used his shepherd staff, a sling and five smooth stones and went to fight Goliath in the name of the Lord.

Goliath cursed David’s God then laughed at him, saying: “Am I a dog, that you come at me with sticks?” As Goliath moved closer to attack, David ran quickly and slung a stone from his shepherd’s bag. The first one immediately hit the forehead of Goliath and broke his skull. Goliath’s face fell downward on the ground. David took Goliath’s own sword and cut off his head and brought it to Jerusalem for King Saul to see.

The Israelites ran away each time because they saw the overwhelming strengths of Goliath, while David confronted Goliath because he saw weaknesses in those strengths.  The heavy armor was cumbersome yet exposed Goliath’s brow, a potential sweet spot for David to launch his sling shot that Goliath was not capable of doing. He was totally defenseless versus David at long-range. Instead of using a sword, spear and shield, David used a stick, sling and stones, with speed and the element of surprise to his advantage.

The story of David versus Goliath tells us about how an underdog can win against a much bigger adversary.  To businessmen, they all have a Goliath in their industries. To each of us, we all have a Goliath in our lives. The Goliaths have much bigger resources, known brands, established infrastructures and extensive channels. They have high bargaining power with suppliers, big budget and even highly paid executives with big perks, yet many Goliaths have failed in the past, such as Nokia in mobile phones, Kodak in camera films, Yahoo in search engines, and Blockbuster in DVD rentals. In the Philippines, Lux direct sales and Tropical Hut fast food chain are no longer as active.  There is a proverbial expression that goes: Most people fail not because they were weak, but because they thought they were strong.

Here are fifteen marketing and strategy lessons how a David can defeat their Goliath:

1. Never provoke a competitor. Psychological warfare has its advantages but can backfire, and it can be embarrassing when defeated by a smaller competitor. Overconfidence leads to provocation; never be overconfident.

2. Know you are being prepared for greater things. Who is to say that being a shepherd is a lowly profession? A shepherd who has successfully protected his sheep can protect even a nation!

3. Have personal branding. David sold his experience of having killed a lion and a bear that he thought were much bigger than Goliath. See your simplicity as your strength and never be blinded by the bells and whistles of your competitors.

4. Hide your strength. It is good to be underestimated or even ignored so, a progressive competitor will not be able to study your past and predict your future actions. (Though, this may be quite a hard thing to do in this age of social media.)

5. Understand tipping point. Fighting Goliath was much better than fighting the entire army. Once Goliath is defeated, the battle ends. You win without fighting further.

6.Sell belief. When faith is bigger than fear, nothing is impossible. Even the doubters will start to believe.

7.Be innovative. When spear and shield is the norm, using sling and stones easily make one stand out as an innovator. Succeeding makes it commercially viable, therefore, validating it as an innovation.

8. Superior weaponry is relative. In defense marketing, who is to say sling and stones are inferior to spear and shield. David did not weigh himself down with the armor, spear and shield. Had David chosen to fight Goliath the traditional way, he would have been defeated easily.

9. Never play the leader’s game. There is a difference between logic of industry (LOI), where all players in an industry play the same way versus logic of strategy (LOS), where innovators succeed in redefining an industry. David used his sling before Goliath could throw his spears; out with the old ways, in with the new.

10. Be comfortable with working on a shoestring budget. David only had five smooth stones and had to be creative with his solution, using minimal cost and effort to produce maximum effectiveness.

11. Have a Plan B. David carried five stones, just in case he had to use more. When your life is on the line, you better have a back-up plan.

12. Divert attention. David’s stick was visible, if we recall Goliath’s condescending remark. But his sling and stones were not.

13. Ignore dream stealers. David’s eldest brother Eliab and King Saul were initially his doubters. But when one is focused and confident, even doubters can be won over.

14. Be fit as a leader. David had to fight Goliath for the Israelites, which brings us to question why Saul was afraid to fight the giant himself since he was a six-footer and the tallest among all the Israelites, then.

15. Have total and unshakable belief in God. David fought Goliath in the name of God. He was humble enough to know that he could not fight a much bigger adversary by himself.

At the end of the day, businesses must challenge the concept of core competency and innovate, be unafraid of cannibalizing oneself to reinvent their new beginning, and to see each of themselves much bigger than what they are today. Confront your Goliath and cut off his head with finality.

(Josiah Go is chairman and chief innovation strategist of Mansmith and Fielders Inc.)

Tue May 5 , 2020
Continuum Academy Inc., the online learning subsidiary of Mansmith and Fielders Inc., was launched last March 19, 2020 with its maiden offering, a free course on “Marketing During Corona Virus”.   Over three thousand marketers and entrepreneurs were in attendance despite having only a two day-notice. While going into online digital learning was already in the pipeline of Mansmith as one […] 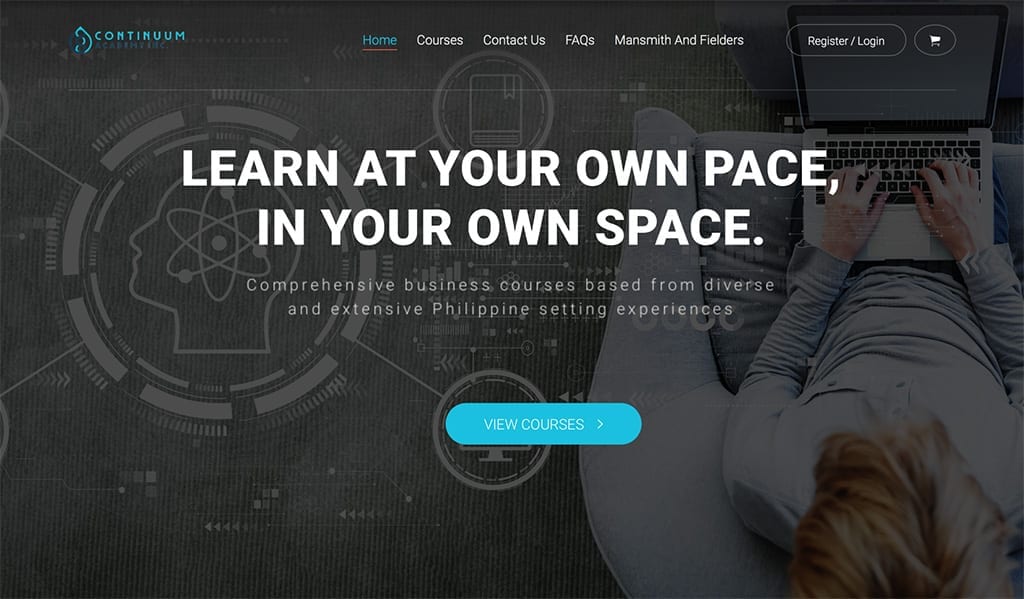