Among the multilevel marketing (MLM) or network marketing compensation plans being used (and abused) nowadays is the binary plan. This kind of plan allows distributors to have only two direct or first-level distributors. Any additional distributors sponsored have a “spillover” effect, meaning, they are placed at levels below the sponsoring distributors’ first-level. Compensation is paid based on balancing volume on the right and left leg.

The Direct Selling Association of the Philippines (DSAP) has its 8-point test for pyramiding:

The DSAP recommends that if the answer to all the questions is YES, then the company being evaluated is a legitimate company. But if the answer is NO to some, then there is a high probability that it is a pyramid scam.

The answer to both questions above is yes, they are both pyramiding. The first violates number 5 and 6 above while the second case violates 3, 5 and 6. In fact, the relative big amount of investment required for buying multiple business centers such as 7-Headers may constitute selling an unregistered investment contract. Furthermore, since binary plans are known for their “spillover” effect, the distributor-investor is led to anticipate profits primarily from the efforts of the others, constituting a passive investment (paging the Securities and Exchange Commission).

But why is the binary plan attractive? Firstly, the “spillover” concept attracts new distributors because technically, they can receive commissions by sponsoring only two distributors and let uplines (those who signed up earlier) do the “spillover” for them. Then, binary plans are quite simple to understand, which allows distributors to duplicate their effort easier, a necessary tool to succeed in network/multilevel marketing. Finally, binary plan offers fast-paced growth opportunities, which attract the “greed” segment of our population who wish to “get-rich-quick”. Unfortunately, legitimate network/multilevel marketing companies have been grouped together with the bad eggs of the industry. In fact, the worst scenario is in the late 1990s when China banned all direct selling and network marketing operations because of the presence of many unscrupulous individuals and companies that gypped consumers of their money into investing in pyramiding operations.

Binary plans are not illegal per se. It becomes illegal if the design is abused to create wealth from recruiting. To existing binary companies violating certain practices, there is still time to correct these deficiencies before government regulators catch up and force these changes through regulatory actions, but when pride and emotions get in the way, logic is seldom followed and the companies, as well as the plan originator, defend their defective binary plans instead of listening to potential remedies.

Here is a 5-minute video I did courtesy of Go Negosyo. Thanks to RFM’s Joey Concepcion and Ramon Lopez for making this video happen.

Wed Aug 13 , 2014
Q1: When you started Summit Media in 1995, your glossy, higher priced magazines became the new industry standard.  What was your insight behind the new concept or what inspired you to tackle something different? Did you have a back up plan if it had not succeeded? In 1995, when we launched Preview, our first title, the magazine industry was dominated […] 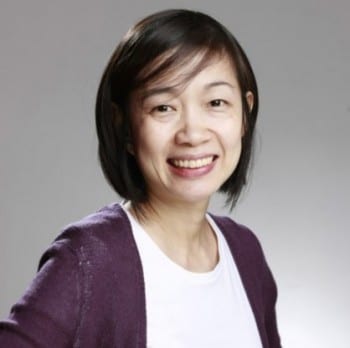