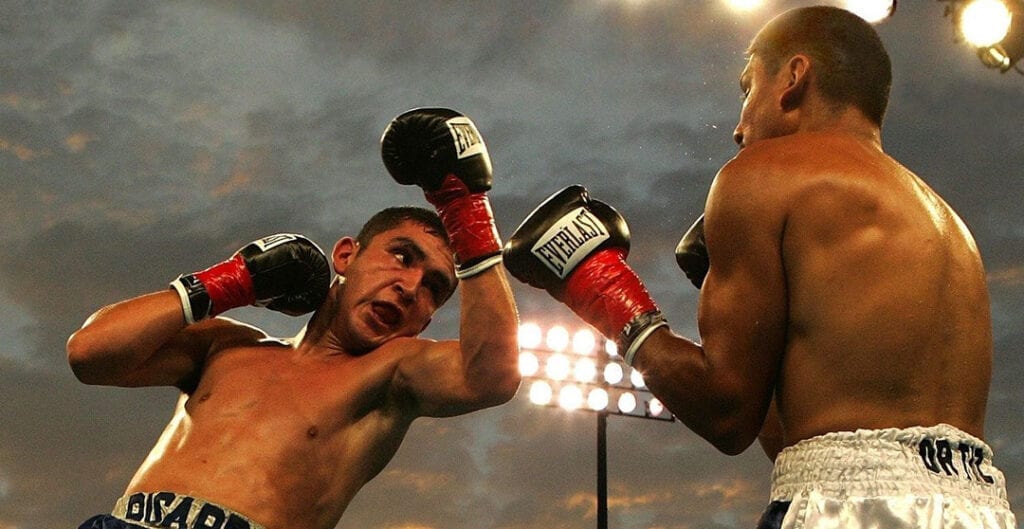 Picture this: you and your friends have saved up and paid the joining fee to operate your license as boxers. You have been practicing for your debut boxing fight, but once you enter the ring, the rules change. You can no longer use your hands versus your opponent in the first three rounds. In fact, your hands will be tied behind your back, and you can’t do anything except try to dodge the punches your opponent throws. By the time you start fighting in the fourth round, (that is, if you reach the fourth round), you are no longer the same boxer who entered the ring. Your face and body are now swollen from too many punches. Your energy is low and your spirit even lower; many in your corner pity your situation and know you are putting up a brave face, afraid what may happen to you permanently after the fight. Most of the paying customers have already left, unable to vote for you through their applause or cheers. You and your friends want to resume fighting but you all know there is a slim chance any of you will win the next few rounds.

Many entrepreneurs are in a similar dilemma. Ask a restauranteur, a spa operator, or a retail store inside malls, among others, and they will describe they are in round four of their own boxing matches. Some did not even last four rounds, lost energy, and fell from “cash” exhaustion after getting punched a few times. Others had to be carried out on a stretcher after repeatedly receiving the fixed cost punch, the debt payment punch, the credit card bill punch, the tuition fee punch, and the income tax punch one after another. Even if some punches might have been delayed one or two rounds, the combinations were simply too much to bear, especially for newer boxers. This, aggravated by much slower retail traffic, delayed back-to-school, tourism slowness, and government restrictions. Expansion plans are not only halted, existing stores are being rationalized. Soon, malls may run off tenants and would have to give new (or existing) tenants space for a song, unless life saving vaccines to fight Covid19 become available sooner than later.

Let us return to our boxing case. Despite the boxing promoter providing subsidies for medicines and hospitalization, you left the ring wondering if it was the right timing to pay to be allowed to get into the ring. You wonder what you got in exchange for the entrance fee, you wonder why you are made to even pay for a check up fee to be reinstated when sudden rule changes were beyond your control. You wished rules were as predictable as before, when you knew your confidence was based on predictability and not subsidy.

For entrepreneurs, it is the predictability of income that not just puts meals on the dinner table, but also pays bills promptly. Subsidy here and there from the government can help the poor but won’t restore confidence to entrepreneurs. Predictability can!

There are three mandates for business recovery to happen. Without recovery, one cannot plan growth.

Inevitably, tradeoff decisions were made, with choosing to save lives taking priority. These three are not multiple choice mandates. We need to have clarity in order for this triple recovery bottom line solution to be non-traditional but effective.

Everything else, such as congress spending time to close a business that generates employment for 11,000 Filipinos, is noise distracting from what really matters most to Filipinos. Congress could have used the time to think of creative and workable solutions for the triple recovery bottom line.

Here is what to expect in the fourth round of boxing. It is called the Recession cycle — consumers won’t be spending their discretionary income for fear they may need it for future emergencies, so they will cut spending. Businesses that were unable to operate for a while will have a hard time attracting clients because consumers who could buy choose not to. So companies will need to cut costs, give up some of their existing locations, and retrench employees in order to survive another round. Their moves are predictable!

Retrenched employees, on the other hand, will get separation pay, but they will also likely not spend most of that money. Everyone is resorting to cost cutting, leading to negative demand and negative growth in gross domestic product (GDP). Two consecutive quarters of negative growth triggers this recession cycle.

Fewer demand will lead to prices going down. Sales promotions will go up heavily as companies are forced to think about short term survival. The massive sales promotions will train customers to wait for more offers, and companies will try and outdo each other with lower prices, lower margins and higher cost from fewer production output—triple jeopardy at work! Heads, customers win. Tails, SMEs lose.

Employment has a three-headed problem now. Most companies will not just freeze hiring and retrench “excess fats” in employment, they will also be unable to absorb new graduates entering the job market. During the mid 80s, after Senator Ninoy Aquino was assassinated in 1983, the economy went into a tailspin – GDP was minus 7.4% in 1984 and minus 7.3% in 1985. Foreign exchange jumped from P11 to P19 in two years. Interest rates went up 45% annually. The economic crisis spilled over to two years.

I still remember vividly that my girlfriend then (wife now) graduated as an honor double-degree student of La Salle in 1983. But despite her being high flier editor-in-chief of their yearbook, president of her batch, student leader, and the like, and despite her school, she had difficulty finding a job she liked due to that same three-headed dilemma. So, she decided to marry me less than a year after graduation, as she would jokingly tell her friends!

The Trade Union Congress of the Philippines (TUCP) predicted unemployment will likely reach 12 million before the end of the year. That is a dangerous prediction. At the same time, it is a timely warning for our government, because it means some 27% of our labor force will have no jobs, up from April’s official unemployment data of 17.7% or 7.3 million jobless Filipinos, the highest in Philippine history.

During The Great Depression in the US that lasted a decade, unemployment peaked at 25% while production was down by 50%. The situation started with the crash of the U.S stock market, where investors panicked and started selling their stocks leading to further price drops. To make matters worse, the government imposed tariffs and restrictions to protect their local industries, leading to retaliation by other countries. That devastating economic crisis began with one thing (stock market crash) but led to further crisis because of a “failure of imagination” of the government” (quoting from “Too Big To Fail”).

Let me repeat that: “failure of imagination of the government”!

The COVID-19 crisis as a health issue delayed many construction projects, ergo, the ability of government and private sectors to neutralize unemployment. Infrastructure projects have been down double-digits during the first half of the year. Good thing liquidity and credit in the marketplace is still abundant, a lesson we can learn from why The Great Depression in the U.S extended to a decade while the 2008 global financial crisis lasted only 18 months.

The first wave of crisis made policy makers and entrepreneurs decide under stressful conditions. Decisions made better with contingency planning, were made worse with the lack of visionary leadership. In the July 3-6, 2020 research of SWS, stress experienced by Filipinos was at 86%.

As can be learned throughout history, crisis can lead to chaos, while chaos can lead to panic. If not managed well, crisis will be prolonged, hopefully not leading to a second wave of crisis that may affect big businesses, and even more thereafter.

One insight the government needs reminding of is that solutions can only be effective if the recipient segments, like the entrepreneurs, have confidence in them and will make them dream of growth again.

Despite stress and uncertainty, a few have become role models during the COVID-19 lockdown crisis. We all need role models as part of ten tools of resiliency. Bounty Agro, one of two major chicken integrators in the Philippines, announced their first half operating profit rose 63% despite the lockdown and recession. Within one week of lockdown, they had launched over a hundred rolling stores. Consumer behavior had changed, many people already started working from home, unable to pass by one of over 1,700+ Chooks-To-Go take out stores, so they pivoted quickly, selling both cooked as well as dressed chicken nearer to consumers’ homes, acknowledging that their target markets have been learning new skills while enjoying daily and healthier meals with family members at home — cooking, baking, creating deserts, even gardening, etc.

Ronald Mascarinas, Bounty Agro’s visionary president, won the fight by being the “teleporting boxer”, understanding the new rules of engagement. He and his team give hope that winning is possible during the pandemic, but that hope is one that relies on the self.

Quick visionary leadership makes all the difference in strategy formulation and execution.

Thu Jul 30 , 2020
I just finished my first 5-session Business Acumen Zoom class for high school students where I was blessed with eight bright students from Manila, Cebu and Davao. A Buffet of Interesting Topics It is the first time I designed a buffet of business topics for a seminar, aimed to give the students a head start advantage. We discussed Tik Tok […] 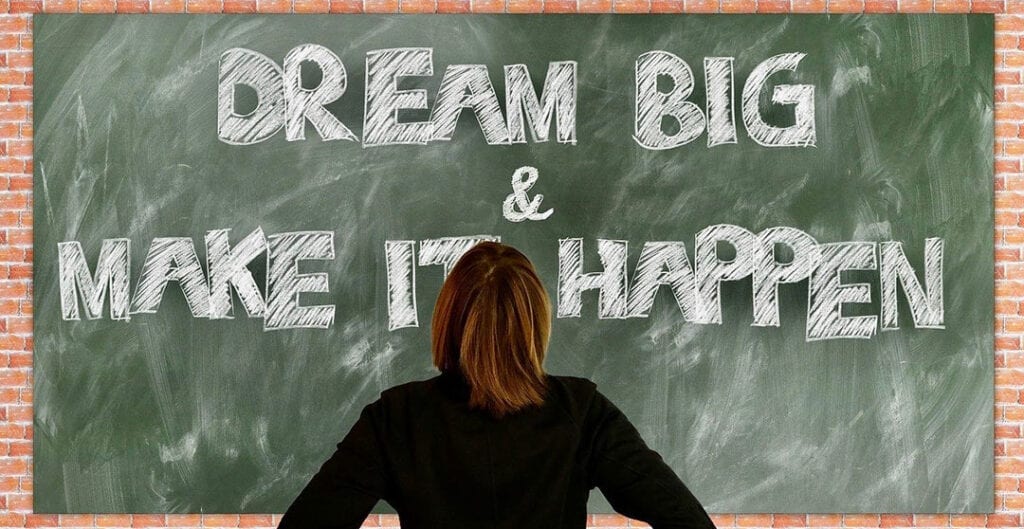