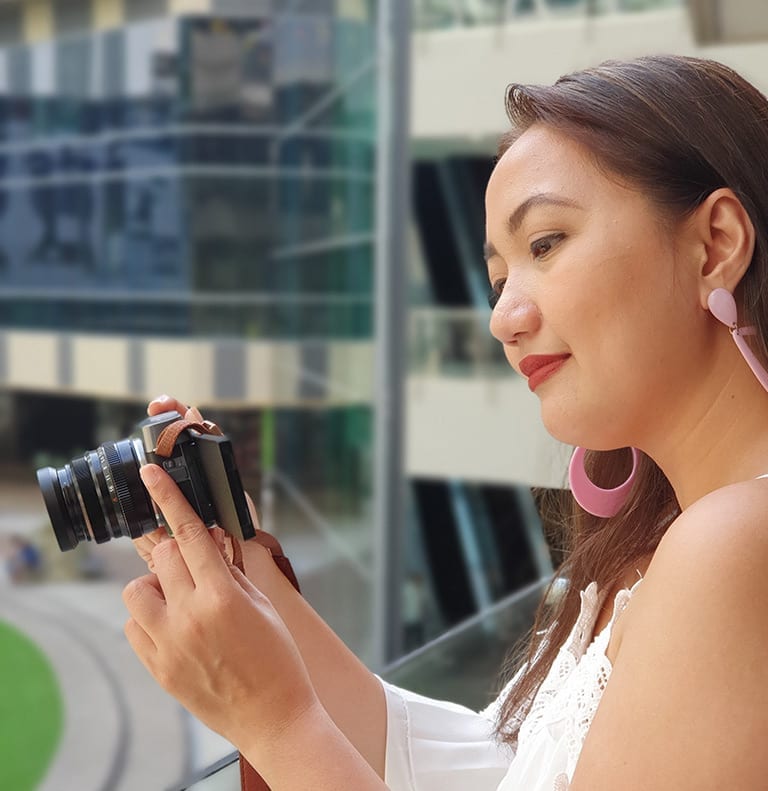 Omni Amisola-Larrosa is the co founder of the School of Vlogging. She is a recipient of the Mansmith Young Market Masters Award in 2017 when she was a brand manager at PLDT. In this interview, she shares her insights about vlogging.

Q1: Why are vlogs becoming like the new TV?

A1: According to recent studies, there are 76 Million internet users in the Philippines and they spend at least 4 hours daily on the internet. 87% of them are watching online video content more commonly known as vlogs. 85% of these content are watched on YouTube. Worldwide, YouTube has been dubbed as the 2nd most popular website.

With the rise of digitalization, entertainment has been redefined and it has become more accessible to the point that anyone can watch their favorite shows and create their own content within the palm of their hands.

Speaking of content, raw, unfiltered, unscripted, and unplanned ones became more appealing to today’s viewers because viewers longed for more authenticity. Something they can mostly relate to. And, technology has allowed everyone to create their own content based on their own definition of what is relevant and can satisfy  unmet needs of their own audience.

Q2: Videos that starred a child under the age of 13 got almost three times as many views as other types of videos on YouTube (Pew Research, 2019). What value does vlogs give its audience? What about to brands?

A2: Vlogs give value to its audience as these are content created to shed light on specific queries and give them answers based on real-life experiences. It also allows viewers to interact with the creators of the videos they watch allowing them to build real connections online and these connections are sometimes carried out even in offline gatherings. Interaction with the video creators such as posting comments on the videos they watch also empowered the consumers more as it allows them to give immediate feedback or seek for more information in case they want clarification on the content they watched.

To the brands, vlogs not only become an effective channel of promotion to their products because of the huge reach it gets. It also allows them to get insights from real consumers that they can utilize in crafting better marketing executions moving forward. A lot of brands have also collaborated with vloggers whose viewers are aligned with their target audience. It allowed them not only to reach the right market but also to save on cost related to content creating and production of merchandising materials.

Q3: You recently launched a workshop “Vlogging 101 for Kids” under your School Of Vlogging. The Federal Trade Commission has been investigating the safety of kids on YouTube based on reports that the platform may be a haven of predators. Despite this, why should kids start vlogging?

A3: I have read an article sharing results of an international survey, produced by toy production company Lego that gathered the response of 3,000 children between the ages of 8 and 12 from the United Kingdom, United States and China, as well as 326 parents who had children aged between 5 and 12. Kids were made to choose between the following career options: vlogger/YouTuber, teacher, professional athlete, musician, and astronaut. In both the U.S. and UK, vlogger or YouTuber was the top aspiration. The Philippines was not part of the survey but I am sure a lot of parents can relate. In one of our workshops, a parent shared with us that the reason why she decided to enroll her child to our “Vlogging 101 For Kids” workshop is not just to support her child’s passion. She wanted to know what Vlogging really is about because a friend of her was able to watch a vlog uploaded by her child on YouTube and she didn’t even know about it. She realized that her child would do it anyway so might as well be there to guide him in the process. In the same workshop, there are other 50 kids who were joined by their parents and they all mentioned that they are in the workshop because their kids really wanted to become vloggers.

Kids should vlog only if they really want to and parents are willing to intentionally guide them thru it. Parents should closely work with their kids and be involved especially when they are Vlogging not only because of security reasons but also because being involved allows them to have more time to mentor their kids about life and educating them on how they can be a positive influence to the society thru the content they produce. My husband and I own and manage a family vlog called Omni and Bryce where we vlog all our family milestones. Our kids are present in every video we create and we noticed how excited they are everytime we film a video. Doing our family vlogs together allowed our kids to learn critical life skills such as connecting with people, effective storytelling and confidently expressing themselves whether they are just in front of the camera or surrounded with a lot of people. More importantly, Vlogging has allowed us to strengthen our bond as a family and create more opportunities to train our kids for life.

Q4: Children have yet to develop their maturity, especially vlog as a potential business. Would it not be dangerous for them to recommend brands that they don’t even use to their followers online?

A4: Honesty is still the best policy and this goes out to all individuals regardless of age. Giving testimonies on products you don’t use is like digging your own grave as it damages your credibility not just as a content creator but ultimately, as a person. In Vlogging 101 for Kids, we tell our kid content creators that Vlogging is a H.E.R.O.I.C. act. Honest, Empathic, Responsible, Optimistic, Inspirational and Consistent. Similarly, in our School Of Vlogging workshops, our creators are trained to give value in their content by observing authenticity and honesty when it comes to giving product reviews or sharing any kind of information. We strongly discourage giving a testimony or recommendation on products that a creator does not really use. Authenticity and “Keeping it Real” is key in building influence and today’s audience are smart enough to know whether what you are sharing is fake or not. Giving fake testimonies also doesn’t help a brand become better at their game.

The WE Awards for Purposeful Entrepreneurship

Mon Oct 19 , 2020
In 2010, we celebrated two milestones! Chiqui Escareal-Go and I wrote a book called “The WE Entrepreneur” which became a National Book Store bestseller and we also co-founded Day 8 Business Academy as the social enterprise subsidiary of Mansmith and Fielders Inc. to benefit small and medium scale enterprises (SMEs). We coined “The WE Entrepreneur” to pertain to that whose approach to entrepreneurship is “whole” […] 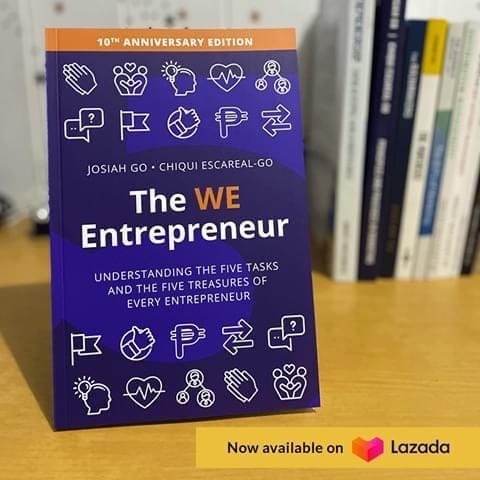