Aldub is short for Alden Richards and Maine Mendoza, the latter better known on TV as Yaya Dub. They rose to fame as a love team in the ‘Kalye Serye’ (street series) segment of the show with traditional Filipino values injected by the cast, notably Lola Nidora, creating a new fusion category of entertainment with values education.

Marketers and businesspeople can learn many lessons from the Aldub phenomenon when planning for their marketing and strategy. Six lessons are shared below via reflection questions:

1. Are you trying to be unique in the same way?

Strategy is a choice. The marketer chooses what he wants and what he does not want. But before making his marketing strategy, he must be aligned with the business strategy and recommend changes to management when applicable.

Interestingly, Eat Bulaga did not follow the traditional ways to create Aldub, which are to hire expensive superstars, highlight mestizo/meztiza-looking celebrities, have sexy back up dancers, do humour that may be potentially offensive. In many ways, competition try to be unique in the same way by following the logic of industry. Eat Bulaga was courageous enough to inject values education in a noontime entertainment show and have stood apart since then.

Kantar Media reported TV ownership in the Philippines at 15.5 million households. In July 2015, Eat Bulaga and Showtime enjoyed some 2.5 million and 2.9 million households viewing respectively, but this is only less than a third of the entire market potential. Even granting that some households have more than one TV, the potential market is much more than their July 2015 viewership.

As of Oct 3, 2015, Eat Bulaga has led with 4.3 million households viewing while Showtime dropped to 2.5 million households (source: Kantar Media). A look at past data from market research leader TNS revealed that among teenagers and tweens, Showtime was the favorite TV show among 30% of the respondents in 2011 vs. only 8% for Eat Bulaga. What happened in between is a very interesting case study of a lesser known strategy practice called as Market-Driving Strategy.

Given that the unserved market is bigger, the marketer needs to consider ways to attract the bigger unserved and underserved markets. Instead of doing the usual market-driven strategy that focuses on simply satisfying customers in the served market, the marketer needs to expand their possibilities by exploring at a set of 9 potential unserved and underserved clusters that they can choose from (collectively known as New Demand Wheel in Mansmith’s Market-Driving Strategy program).

3. Do you understand the pain points of the unserved and underserved markets as distinguished from existing customers?

Many marketers are in love with their usage, attitude and image (UAI) annual ritual but that is not the right source for market-driving strategy. The mere fact that one must be a category user to be interviewed in a UAI research is already raising red flag as to the right dialogue partner to grow the market base because what it does is to only grab market share from competition.

Also, blame it on inadequate key performance indicators (KPI) that marketers are so engrossed with increasing market shares to be the preferred brand so much that they try to keep giving more value for the same price or even for less money. Just look at the multi-vitamin category. They started by giving one piece free, and then two pieces per one week’s supply. Who knows, if you wait a little, you may get three pieces in the next round.

Brand preference is important but it can’t be sustained without attaining brand relevance, the latter focusing on the right target market and their unmet needs. The commonality for unmet needs of noon time shows appear to be in having clean, wholesome family fun. Increase the positive aspects while removing negative ones like offensive humour, as being part of the wish list.

4. What new truths do you have that can help create a new category than mere brand switching tactics?

Among noon time shows, different categories now exist as Eat Bulaga has repositioned themselves not just to entertain but as a fusion of entertainment plus values, a sweet spot that caters to both served as well as unserved and underserved markets. They can, of course, create more game-changing ideas before competition catches up. After all, ABS-CBN is not known to be a passive competitor as evidenced by their leadership in many other shows in primetime TV. Who knows? They too can also come up with another market-driving strategy idea, the right one beyond what they have done before.

To create innovation, solving pain points is basic, but solving it in a pioneering way makes all the difference. This can be done by knowing both the motivation as well as the tension in order to offer a new truth as to make the new value proposition so compelling the unserved and underserved markets would be willing to try. Eventually even the served market patronizing competitive offerings would be willing to shift. We have seen this in Cebu Pacific Air vs. Philippine Air Lines.

5. What cost should you stop spending that does not really add value?

Why should a TV show hire more and more celebrities instead of ordinary looking people? Why should it be about glamour instead of humility? Why is trash talk needed instead of encouragement?

Simply look at the list of what made winners win in the served market and begin from there. You will realize that unlike existing players, Starbucks added at least a 30% bigger customer area by removing the kitchen, a norm in the restaurant industry. Expertise in the served market can be a barrier to think out-of-the-box because it’s hard to stop practicing something that has been assumed as given.

6. Have you exhausted your options in formulating your strategy?

Principle of selectivity is telling the marketer not to fall in love with their marketing plan by offering several ways to find growth. By asking ‘what if we can’t do what we have been doing?’ market-driving strategy leads the marketers into looking at a minimum of 8 new ways to market their products or services. This is instead of cut-and-paste habits or merely planning tactically for a newer advertising, tapping a more popular celebrity as talent, creating a better promotion, and the like. The fact is that most firms try to be unique in the same way of competing with the result being a zero-sum game. For instance, if Eat Bulaga creates a tweeter campaign, should competitor have a counter tweeter campaign? If Eat Bulaga has a social media personality, should competition create one too?

I made an inquiry to some of the top executives of top retailers in the Philippines about the percent of suppliers who have category growth strategies presented during their business reviews or new product plans, sadly, only a handful have this strategic orientation, 99% have brand growth plans based on brand switching tactics.

This has become so bad that in many companies, marketing is actually no more than a promotions department. They forget that opportunity-seeking is the first step of the marketing management process. Just ask the retailers why they have resorted to listing fees, promo fees and countless other fees manufacturers complain about. When win-win has been preached with a manufacturer gaining market shares without the retailer gaining incremental volume, you can expect more types of fees to be invented by these major retailers.

In order for marketers to be more strategic, balancing their existing market-driven world view with a newer, market-driving strategy perspective, a fourth KPI should be added to sales, market shares and profit, and that is market penetration. This will create a longer-term view in the marketer’s orientation.

(Josiah Go is chairman and chief marketing strategist of marketing training and advocacy firm Mansmith and Fielders Inc. Follow his blog at www.josiahgo.com.
He can be contacted at josiah@mansmith.net)

Mon Oct 26 , 2015
Edgar Sia II, better known as Injap, started Mang Inasal in Iloilo City in 2003. For his successful expansion and pioneering concept of the Filipino barbeque fast-food chain, he was awarded, among many others, the Mansmith Young Market Masters Award (YMMA) in 2009. In 2010, Jollibee acquired 70% of the company for P3 billion. Injap then focused on another start-up, […] 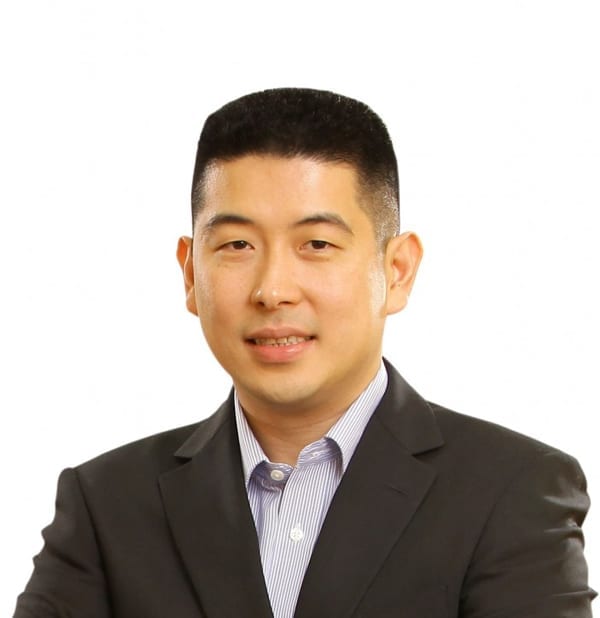