In my previous article (Why Businesses Fail), I explained that businesses fail when lacking in at least one of these four factors: Product-Market, People, Peso, and Prayers. This article will focus on some of the possible remedies

A Product-Market deficiency arises when there is a lack of brand relevance. To be relevant is to have a clear target market that is large enough with a corresponding value proposition that is formulated precisely for the needs of this market. Citing a restaurant example, T.G.I. Fridays took over a spot left by a pirate-themed restaurant in Eastwood City. While both restaurants on paper might seem to cater to fun-seeking youths, T.G.I. Fridays took it up a notch with its bright red-white patterns and flaring baristas. Positioned right in the middle of Eastwood, they would even host dances performed by waiters matched with loud party music and live stunts by the baristas, the whole mix contributing to the idea that Fridays is a fun place to be in. The pirate-themed restaurant and its dark exteriors, on the other hand, simply assumed that pirate hats and a large boat-shaped restaurant would do the trick. Naturally there were more yuppies than pirates in Quezon City.

People problems can be resolved by analyzing a person’s competency and consciousness. Consciousness is an understanding of the consequences of one’s actions (or inactions), while competency is the ability to accomplish one’s objectives. An unconscious and incompetent person, for instance, is like a bull in a china shop that will end up destroying whatever he touches. The most important step in solving people problem is to first admit that such matter probably exist in your organization. Denial and pride can only blind you from seeing the competency issues of management such as complacency, consciousness, and lack of integrity. Knowing the problem is the first step in the solution, then the next pace is easier.

With Peso problems, the easy solution that might come to mind is to ask for money from investors. The astute businessman, however, would first consider whether his business has made any sign of progress. Mismanagement, lack of integrity (bouncing checks, for one), complacency, and over-budgeting are red stop signs in the eyes of investors.

Other Peso problems can come from over-expansion, which is solved by consolidating one’s area of business. Cash flow issues can be resolved by reviewing or introducing credit terms, or by targeting new markets. An honest negotiation with suppliers and other affected parties might also stem the problem before it gets worse.

If the problem is “Prayers”, our term for unexplainable variables despite good Product-Market, good People and good Peso, the intent may be a purification process by a higher spiritual being that would enable the business owner or senior management to learn certain needed traits like humility. It might force them to confront personal issues and change their behavior for the better. In reality, not everything may be explainable in terms of marketing mix and business model. In fact, it is when doctors can no longer heal their patients that the patients resort to alternative methods, like seeing priests to help them see the bigger picture beyond work and gaining “new truths” into future directions. Not everyone will be able to predict every ebb and flow of business – there may be sudden changes in the foreign exchange, government regulations, or raw material specifications that might bring your business to near closure. The solution is faith in yourself to keep the business going. Accept that it is no one’s fault.

In the face of failure, it is important to keep a positive mindset and have the desire to move forward to create value for Customers, Employees, and Owners (my preferred acronym for CEO). While quick fixes may suffice temporarily, more drastic measures may be needed to completely resolve the situation. A competent turnaround team can be assembled to overhaul any lack in products, policies, procedures, and practices. Cash can be freed up by eliminating excesses, and by preserving worthwhile assets, while profit can be improved by reducing unnecessary costs.

(Thanks to BusinessWorld for publishing this article. For entrepreneurial and turnaround seminars, please visit www.day8.org for over 50 courses)

Q&A with Marketing Guru Pet Bautista on Turning Around Brands

Fri Jan 16 , 2015
Q1: You have been president or managing director of San Miguel Brewery, Kraft, URC and many other companies, then you shifted to the government as president of Philippine International Trading Corporation (PITC) – Pharma.   I understand you were able to turnaround PITC, (“a consistently profit-challenged” government company) within your 14-month stay. What issues plagued PITC and how did you […] 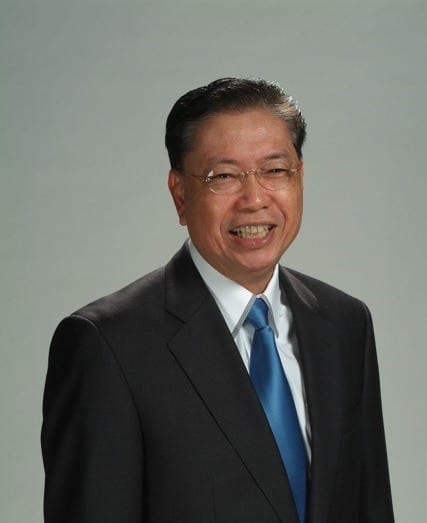