As a student of lifelong learning, I always search for ideas and knowledge as well as great minds and conversations to challenge my ways of thinking. I like seeing white spaces of opportunities for new methods, new frameworks and new possibilities.

I was especially intellectually stimulated with a concept of a strategy book in the mid 2000s and was so enamored by it that I purposely sought its authors based in Europe to bring the concept to the Philippines.

It was smooth sailing for the first three to four years until I was stopped by the new Asian regional headquarters set up in the late 2000′s. I would like to share some key learnings from that phase of my life.

At the beginning, the authority to teach was personally handled by the co-authors themselves then, people I really admire up to this day. We had to pass a series of written exams before we were deemed qualified and allowed to meet the authors for a briefing in France and attend formal trainings in New York. I subsequently attended additional trainings in Australia and Singapore as well.

At that time, the priority was to ensure quality of teaching and no royalty was asked except attendance in the certification-training seminar and a 15% referral fee if a client was referred by them. Airfares and hotels were of course on our account. By then, I was both qualified and certified, two terms they created internally to distinguish two processes versus those teaching without their sanction. The authors kept encouraging us to spread the concept as they were on a mission, I felt it was my mission as well.

The concept was unknown in the Philippines when I started, I accepted many invitations to give free talks to different professional organizations to create awareness and spread the word. I taught this as a 3-unit full semester course in a university. I also sponsored various seminars, and this might have helped the book become a bestseller although I was not the book distributor.

A new system and office in Asia were set up in the late 2000′s. I was personally visited by the regional president who told me he paid for the regional rights for 3 years covering 10 countries. A new scheme of US$120,000 plus 30% of all revenues (including sponsorship) was asked from me if I wanted to continue. I explained that the new scheme will price us out of the Philippine market, is contrary to the compelling pricing advice of the book authors and will affect the advocacy thrust of Mansmith and Fielders Inc. of using our profits to sponsor many educational and youth empowerment activities as a public service.

I was in fact told they were in a hurry to recover their investment and needed to know my interest right away as they were also in talks with another person in the Philippines who was ready to pay them. They even asked me to conduct a train the trainers seminar in their office to train their people on this strategy concept. I wasn’t available on the specified dates so I declined and by then talks had bogged down.

Another person took over the right to promote the concept in the Philippines but it was short-lived. I knew the authors required a facilitator qualified and certified to run the course and I was the first and only one in the Philippines then. In less than a year, my staff handed me the phone, I was surprised the COO from the regional Asian company wanted me to take over the Philippines at a more flexible term and that they were now willing to listen.

By then I already moved on, I launched the Mansmith framework for Market-Driving Strategy (MDS) and subsequently Business Model Innovation (BMI) Bootcamp. I even consulted a top copyright lawyer as I didn’t want to violate any intellectual property.

I have grown intellectually because of challenges like this. Crises indeed are opportunities. Without the unexpected interruption, I would not have bothered developing my own frameworks.

The independence also allowed me to continuously be updated as a lifelong learner – I pursued an executive scholarship with Kellogg (in Marketing and Sales Management) and MIT Sloan (in Strategy and Innovation) as part of my credentials. Business, like life, has many investment options indeed – we just need to see opportunities in our blue skies and white spaces.

Josiah Go is the Chairman and Chief Innovation Strategist of Mansmith and Fielders, Inc., and Chairman of Waters Philippines (the market leader in the direct selling of premium home water purifiers in the Philippines). He is Chairman / Vice Chairman / Director of over a dozen companies.

Known as one of the Philippines’ most respected marketing gurus, he is the most awarded business educator of the Philippines having been recognized as one of the Agora Awardees in 1994, one of the Ten Outstanding Young Men (TOYM) of the Philippines in 2001, one of the Ten Outstanding Young Persons (TOYP) of the World in 2002 (the 1st and only Filipino in Business Education given by World JCI in a competition of over 1,000 TOYMs), and one of only two Lifetime Achievement Awardees by the Association of Marketing Educators (2007), the youngest marketing educator to be bestowed this honor. He was also given the Brand Leadership Award during the World Brand Congress in India (2009). His accomplishments was recognized by the international community where he has been included in the 10th edition of the International Who’s Who of Intellectuals (England).

He is also the first Filipino to have completed the Blue Ocean Strategy qualification process in Blue Ocean Institute in INSEAD, France and is the first in Southeast Asia to have taught this as a 3-unit, full semester course in a university.  He specializes in the fusion of marketing and innovation using the lenses of data-driven entrepreneurship and teaches advanced marketing subjects like Market-Driving Strategies, Business Model Innovation, 5 Skills of Master Strategists, Marketing Innovation, Mastering Innovation and Defense Strategy. He has given talks and facilitated over 1,000 marketing seminars in the Philippines and internationally to teams in diverse industries, in different situations and contexts.

A thought leader with 18 bestselling and recordbreaking marketing and entrepreneurship books, Josiah has taught at the De La Salle and Ateneo Universities. He is an Executive Scholar of the Kellogg Business School (in Marketing and Sales Management) as well as the MIT Sloan (in Strategy and Innovation). He also took advance marketing programs at Harvard, Wharton and at the London Business School.

He continues to be involved in various advocacies aimed at youth empowerment and entrepreneurship namely, the Young Market Masters Awards (YMMA), Mansmith Innovation Awards, Day 8 Business Academy for SMEs, and the MarkProf Foundation.

Growth in the Fashion Industry by Josiah Go

Mon Mar 31 , 2014
I recently attended a kid’s fashion show at SMX Aura, a welcome break from my business conference routine. I learned that from 3,000 entries, 50 kids were shortlisted and trained to walk the runway. They were all so cute. I suddenly entertained the idea of wanting to be a grandfather. In the meantime, my family will have to make-do with […] 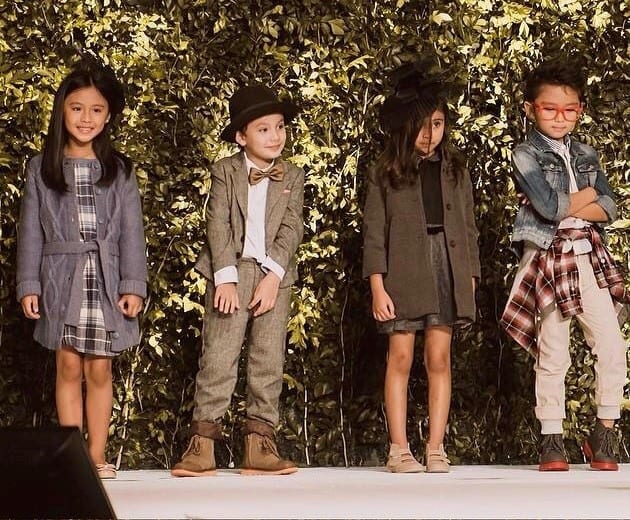