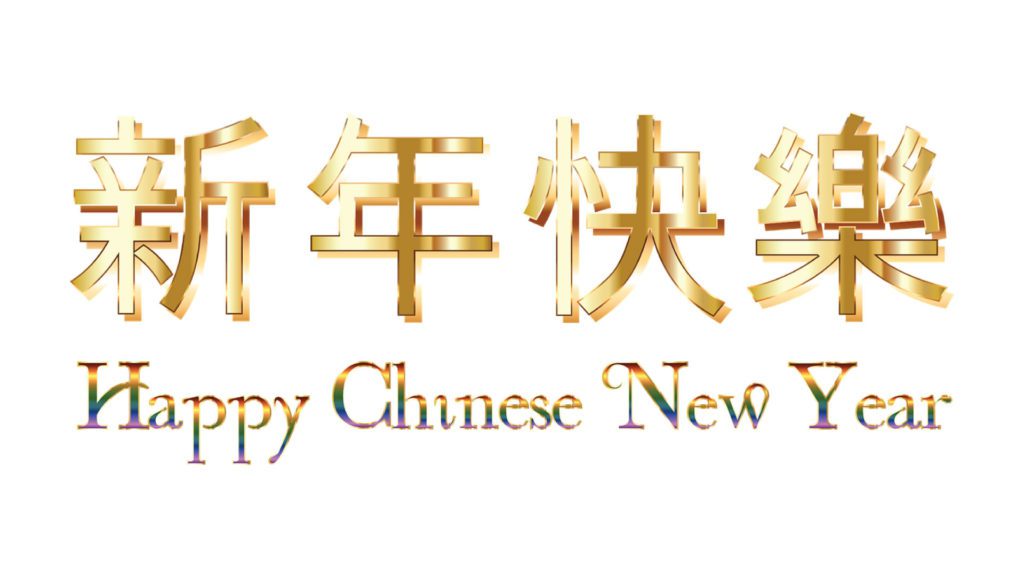 Time and again, friends would ask me what doing business is like among the Filipino Chinese.   An understanding of the mindsets and behaviors of this market segment requires some appreciation of the culture that are deeply embedded in their ways of thinking and doing.   For example, it is important for Chinoy businesspeople (or Filipinos of Chinese descent) to establish the right connections and to maintain these associations, as a way of honoring their elders who forged these relationships.

Listed here are eleven general socio-cultural practices that can be observed among Chinese and Chinoy businesspeople. There may be individual nuances because of the different levels of integration and personal backgrounds, most likely among the next generation who have had more opportunities to be exposed to other cultures and in the context of modernity.

When exchanging calling cards, one must get this from a different card wallet and must be done using two hands.  Business cards are like an extension of one’s self and using two hands is a sign or respect.  Using just the left hand is also considered impolite. One must read the card and address the person formally unless insisted otherwise.

Also, don’t be surprised if you meet up suddenly and are greeted with “Have you eaten?” It is usually not a serious offer, and is their way of asking “How are you?”

China is a hierarchical society. In a seating arrangement, there is an ordered etiquette that is followed.  The oldest or the most prominent guests are seated first as a sign of respect. “Xiao Shun” (filial piety) is a sacred Confucian virtue practiced among the Chinese.  This reverence for elders from which other forms of filial piety emanate, is an important part of the foundation of society. Adults do not just respect and be obedient to their parents, but to all elders and those in authority.  This is a kind of compassionate and sincere emotional care for one another, beyond an interdependent parent-child relationship.

Beyond business, Chinoys enjoy having personal relationships. Known as “Guangxi” in Mandarin or “Kao Pwe” in Hokkien, relationships create a web of network that facilitates faster transactions and problem solving. Some relationships have even been elevated into ”pare” or “mare” levels so as not to sound too transactional.

Also, decode what is not being said depending on the context. The much older Chinese are not very direct. They avoid saying no to a request and instead, they will answer “let me think about it” to preserve harmony in relationships. On the other hand, a “no” from my mother in a restaurant setting, may be more of her not wanting me to spend too much. So do not interpret literally, read the body language.

The Chinese value humility, so they try to be modest and avoid taking credit, preferring to recognize the other members of the team. In one business meeting where I was being praised for helping consummate a deal, I not only declined the praise, I also acknowledged the one giving me credit.  This was not a form of false humility as I realized then how culture is strongly ingrained in me as my response was more instinctive instead of just saying “thank you” or “glad to help”.

“Sin-iong” or trustworthiness in Hokkien is never taken lightly. If there are a few values left to be passed on generationally, this is one of them. The Chinese value their integrity and reputation as a clan. How they manage their finances is a reflection of this.  For instance, payment must be prompt, and checks must always be honored. Otherwise, ancestors might turn in their graves as the old Chinese would tell their next generation because it puts not just the person but the family in shame.  Many businesses are done based on trust and handshake, built on reputation or opinions from the informal network such as members of the family association, community or business groups. Words travel fast when one does not maintain a good checking account.

Face, or Mian Zi, is the equivalent reputation, prestige and social standing of a person, or in effect, their moral integrity leading to the quality of their social connections. As an individual, face is attained relative to others instead of personal achievements. Think of a wedding entourage where there is a sequence among godparents as viewed by others. On a family level, there is emphasis on seniority evidenced by specific term for each member of the family, for example, “twa hya” for eldest brother, “di hya” for second brother, and so on. On an action level, some activities such as winning important awards, or getting appointed to prestigious positions are examples of enhancement of one’s face. What children do or do not do affects their parent’s face as well. On the other hand, losing a friendly game to non-Chinese when they are supposed to be good at it (like chopstick relay) may make them lose face and be silent afterwards, so take the hint.

Preparation is a trait among Chinoy businessmen.  They do not want to be caught off guard so they always try to be one step ahead of everybody else. The Singaporean’s “Kia Su” (fear of losing) is a variation of this. “Shieng Ta Chi Po “ in Hokkien can also be described as making a preemptive move ahead of competition to gain future advantage for greater prosperity. Prosperity is a big deal among Chinese. In fact, the literal meaning of Chinese New Year’s greeting “Gong Xi Fa Chai” means “Congratulations. Hope you become prosperous”. Even the number 8, pronounced “fat”, meaning “prosperity” is considered lucky, so is the pronunciation of 168 or one (or united) road to prosperity. On the other hand, 4 is pronounced death, so do not give gift or money (as in ampao) with the number 4 as it is considered inauspicious.

I wrote about “Ham Ham” in the past, describing it as not being rigid, even being lenient and giving way graciously without asserting your rights, or going easy and letting things be. For instance, when a customer bargains with your salesman for him to give a bit more quantity for the same price, you give way by prompting your salesman with “ham ham.”

The host should be seated farthest from the door. In a formal dining occasion, the most important guest is expected to be seated beside the host so do not commit a faux pas by telling everyone to sit anywhere. Dining is very communal where dishes are shared rather than ordered for individual consumption and the host will order more than enough, choose the best part and continuously put it on the plate of their esteemed guest even without asking as part of their hospitality.  Glasses are also refilled automatically when it is not full. When dining, never eat ahead of the elders and seniors. Let them get food and eat ahead.

Other dining etiquettes include 1) Never stick chopsticks vertically on top of a bowl of rice, as this resembles the ritual offer for the dead in a funeral or in the cemetery, like jost sticks. 2) It is considered rude to use chopsticks to point to another or to cross the chopsticks, as if you are not interested in cooperation. 3) Better practice using chopsticks to be proficient.  4) For birthdays, do not cut the noodles. An unbroken noodle should fill an entire bowl and be eaten in one continuous strand, as this signifies longevity. 5)  At weddings, tapping a glass with a spoon is a call for the newlyweds to kiss.  This is acceptable fun, but never tap a bowl with chopsticks, as that’s what beggars do!

If there are two colors that Chinese dislike especially when worn during someone’s birthday, these are black and white from shirt to shoes. Black has been associated with mourning, anything unlucky, destructive and evil so that color should have no place for celebratory parties. A similar association is wearing all white, which is the color worn at funerals by traditional Chinese. The reverse is true wearing red (or bright colors) going to a funeral. Red is the symbol of luck, good fortune, happiness, and the celebration of life and should have no place in sad times. Be aware of color symbols and be considerate of their culture when attending an event.

Unless it is a private event or you are feeling indisposed, paying respects at a wake not only shows the family of the deceased that they are important to you, but also a sincere act of offering them emotional support, especially if the deceased is a senior. It is in fact customary to see people either praying in front or bowing three times before the deceased as a sign of respect and humility. It is taboo to wear bright color clothes (red, yellow, etc.) or to be loud in a funeral.  Guests leave quietly and do not have to tell the family of the deceased they are leaving ahead as it may mean something else for them.

Also, those with a recent death in the family should not join any joyous lunch or dinner parties they are being invited to until their mourning period is over. Neither are they expected or are welcome to visit another house as a visitor during this period.

Josiah Go is the chair and chief innovation strategist of Mansmith and Fielders Inc. The 14th Market Masters Conference is scheduled on May 17, 2023 in SMX Manila beside MOA. Register through www.marketmastersconference.com

6 Things Many Entrepreneurs Don’t Get

Fri Jan 27 , 2023
I have been mentoring entrepreneurs for close to two decades, I have found that they can grow their business much faster when they broaden and strengthen their appreciation of the different parts of a business more holistically. Some of these include: ***** Check out the weekly Zoom mentoring schedule of Josiah Go on the Facebook page of Day 8 Business […] 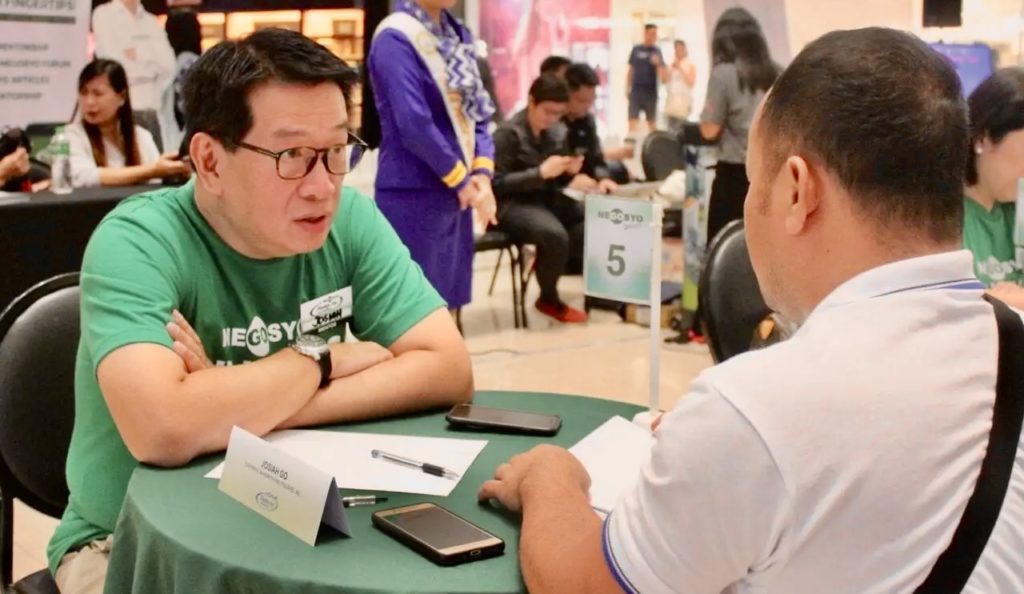